Khurram with her girlfriend has planned a way to tackle Sanam 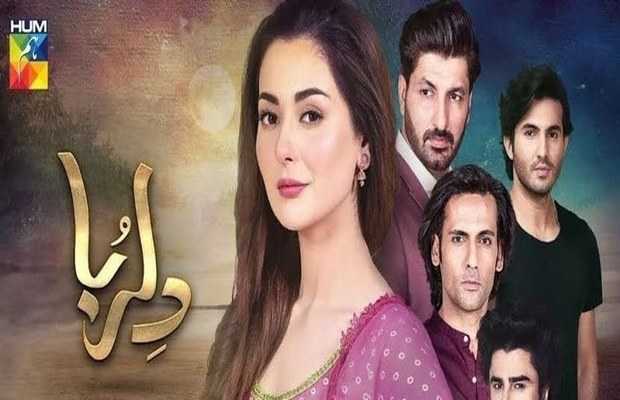 Dilruba is one different and bold story running at HUM TV, the play is now taking an interesting turn. Sanam is supposed to put her husband on track but it seems that she herself is getting swayed by Khurram’s glamourous life where Khurram and her girlfriend are planning all this to trap Sanam. Hania Aamir and Jibran Syed’s performances are simply brilliant in this episode.

Sanam sends a legal notice to Khurram where he is warned not to hold any parties at her house. Khurram is getting mad on her, he literally hates her. However; Khurram’s girlfriends seems to a smart girl she advises Khurram to handle this situation smartly and they both starts plotting against Sanam, she tells him to pretense fake affection to her.

Khurram very cunningly and convincingly starts flirting with Sanam telling her that he has realized his mistakes and he wants to give her marriage a second chance. He takes Sanam for shopping and insists to buy western clothes as he like modern girls well here Sanam’s resistance is not making any sense, she has already worn such kind of dresses in the past when she has done photoshoot at Ayaz’s shop. She happened to be a broad-minded person then why she is shying to wear such clothes now?

Sanam’s mother and sister’s reaction to see Sanam’s transformation is also not making any sense. They are the ones who so hastily and forcefully married her off to Khurram for the reason of his class without even thinking about her young child and now when she is trying to win her husband’s heart and trying to change herself for him they are having issues with her. They so bluntly tells her that they will not meet her again. Sanam’s attitude is too rude with her mother and sister it seems that her status is now getting into her head.

Khurram takes Sanam to a night party and here Hania Amir’s expressions showing excitement yet reluctance is perfectly done. It seems that Sanam has been trapped into Khurram’s game, instead of making him get on the right track she has herself getting swayed with this glamorous life. She has stopped taking care of her own child and she has hired a nanny for it. It seems that the old Sanam is back, she has suppressed her motherly feelings somewhere and all she wants is to win her husband’s heart and approval and for that, she is ready to change herself and her lifestyle. Will Sanam ever able to win Khurram?