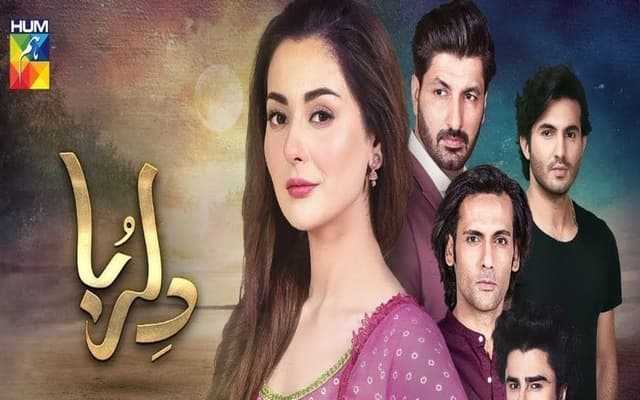 Dilruba airing at Hum TV is a different drama serial from the point of view of its story and treatment. The old carefree Sanam is back well this is so strange that with this transformation her motherly feelings have also vanished somewhere. Hania Aamir is giving a brilliant performance in this episode and Jibran Syed’s performance is also quite impressive.

Sanam’s transformation is making sense like her old carefree self is back and Khurram has very successfully trapped her into his act of love. It seems like karma is going to hit Sanam as she is being trapped in the same way she used to trap Junaid and Sabhi into her love pretense. Well we can say that Sanam gets swayed with this glamorous life but her carelessness with her own child is not making any sense where all at once her mother and her feelings for her child have vanished. It is not making any sense.

Erum sees Khurram with her girlfriend at a hospital visiting a gynecologist. Well she is dead sure that Khurram has married that girl and she wants to share it with her sister but now Sanam’s attitude with her family has changed. She is being cold with them. Sanam cuts Erum’s call because she is busy in watching some movie. Even Sanam sees Khurram with his girlfriend in his car and it has made her suspicious but Khurram handles all this very smartly and he tells that in their class its okay, even she can make male friends if she wants.

Well, I do not understand the need for dragging Junaid’s character until now. We are fearing that Sanam might lose her child because of her carelessness or maybe something bad will happen to him as Khurram forbids his servant not to take the child to the hospital and also that Sanam is taking the least interest in her child.

We are feeling extremely sorry for Razi’s mother who has lost his son and now she is getting so meanly treated by Sanam’s mother, her concerns and pain are so genuine. She deserves to have Razi’s child’s custody. I hope Sanam’s child remains safe or Razi’s mother takes his responsibility. Khurram’s girlfriend is insisting him take her to his house as his bride which Khurram resisting but it seems that he is going to fulfill his newly wedded wife’s wish. What will be Sanam’s reaction when she will see Khurram’s wife?

tweet
Share on FacebookShare on TwitterShare on PinterestShare on Reddit
Rameeza NasimJuly 13, 2020
the authorRameeza Nasim
Rameeza Nasim, a Paralian, poet, passionate about poetry, drama and fiction. By giving drama critiques I feel like I am endorsing the writer's message to the audiences and also stressing on what Writers trying to say through his character portrayals and story, I love my job. Being a critic responsibility lies on my shoulders to point out the flaws and shortcomings of the play be it on writer's , performers or director's end . I did my Masters in English Literature and Linguistics and I earn my living through writing.
All posts byRameeza Nasim