Khurram has brought Natasha to his house 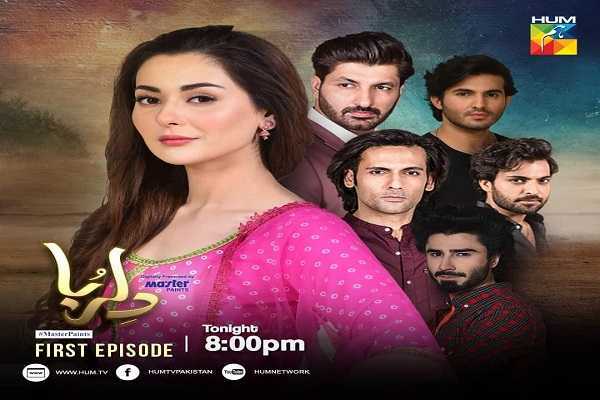 HUM TV’s play Dilruba takes a tragic turn as Khurram’s father suddenly dies leaving Sanam alone to fight for her place in the house. Sanam has indeed lost one of her biggest support. Hania Aamir has given an incredible performance in this play as we can see a range of her expressions and Jibran Syed’s performance is also very impressive.

Sanam gets this shocking news that her biggest support, her father in law suddenly passes away leaving her alone to fight for her place in her own house. However, she gets an even bigger shock when Khurram enters the house with Natasha as his bride. Sanam is hurt and it seems that she has finally realized that Khurram was fooling her all-time in the name of love. It seems like this time Karma is hitting back at Sanam

Sanam throws Natasha out of her house and then she tells her husband that he can get lost if he wants to stay with her. Well, here the servant of the house plays a very important role in creating some sense of sanity in Sanam. He reminds Sanam that she still have power and this house is her property. She can still control Khurram and on the other hand she is advising Khurram to keep both of his wives in this house.

Well, Natasha seems to be a vamp, all her eyes are on Khurram’s property, she comes to know that the house is still named after Sanam with few conditions and a big chunk of Bank Balance is given to the Charity only factory is named after Khurram which he cannot sell or rent out. Natasha is resolute that she will not let Sanam live in peace. Sanam’s brother and Erum’s husband creates a lot of fuss at Khurram’s house confronting him for marrying another woman on which Sanam sides with her husband saying that she still wants to live with her husband. Sanam’s brother tells her that now she has no relation with them well he is the one who was in so much hurry to marry her off and now when she wants to save her marriage he is opposing her.

Sabhi calls Sanam which Khurram picks and he badly insults him directing all Sanam’s brother anger on him, Sanam timely intervenes and apologizes to Sabhi on Khurram’s behavior but Sabhi bitterly tells her that he gets an idea that how she is being treated in her house and when she asks him about Ayaan and he tells that he is fine, bluntly replying ‘yes like you’.  Sanam has finally realized that she is a big mess.

tweet
Share on FacebookShare on TwitterShare on PinterestShare on Reddit
Rameeza NasimJuly 21, 2020
the authorRameeza Nasim
Rameeza Nasim, a Paralian, passionate about poetry, drama and fiction. By giving drama critiques I feel like I am endorsing the writer's message to the audiences, I love my job. Being a critic responsibility lies on my shoulders to point out the flaws and shortcomings of the play be it on writer's , performers or director's end . I did my Masters in English Literature and Linguistics .
All posts byRameeza Nasim