Dilruba Episode-18 Review: Sanam’s old flirty self is back

Sanam's criminally neglecting her own child 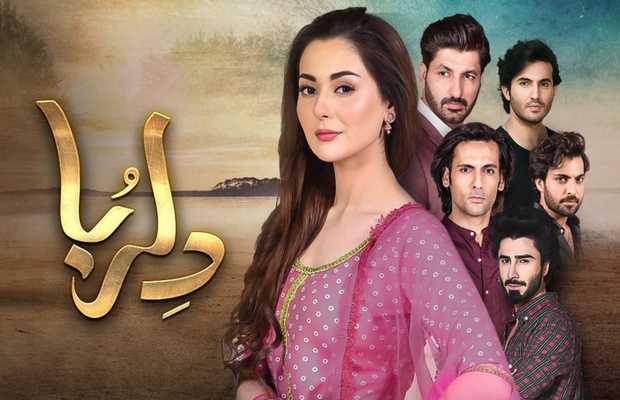 Airing at HUM TV the drama serial Dilruba is one bold story, its a take on flirting presented from a woman’s point of view too. Sanam’s old flirty self is back and she is busy with her friends enjoying her social life, showing criminal negligence to her own child. Here in this episode, we can see a range of expressions by Hania Amir, her performance is incredible.

Well Sanam is back with her old flirty self, it is shown that she has completely forgotten her place and she is busy in her social life, moreover, she has started flirting with an unknown boy and she is accepting flowers and gifts from him, not exactly knowing who he is. Sanam has not learned anything from her past experiences. She is the same but right now she is not realizing the fact that she is now a married woman.

Apart from flirting, Sanam is badly neglecting her own child. She is not realizing the fact that her poor little son needs her as a mother. Instead of taking her child for the vaccination, she sends him with the nanny and the driver because she has to go shopping! She certainly does not deserve to keep this child. Moreover, Sanam’s tone with the home caretaker has changed too she has started snubbing him not realizing that he is the one who has helped her out a lot.

Arsalan’s engagement is fixed with Sehrish. Well, it looks so odd that some woman right at the engagement ceremony tells Arsalan’s mother that Sehrish was engaged before and that her engagement is broken. Hearing all this Sanam’s mother creates a lot of drama. It is Sanam’s mother’s evilness that she is making a lot of hues and cry over such a petty issue, Sanam’s father snubs his wife for creating an unnecessary fuss. Sanam’s father goes to Sanam’s house to invite her to her brother’s wedding but there Sanam coldly meets him and her attitude is not welcoming at all.

Sanam is getting emotionally attached to that unknown stranger who has not yet shown his face to her nor he calls her. However, it is morally such a low character of Sanam to accept flowers and gifts from a stranger man despite knowing that she is a married woman and it is not good. Sanam is not letting Khurram live in her house and Khurram who deserves all his father’s money is struggling and Sanam who certainly does not deserve all this money is enjoying a luxurious life. Sanam is certainly breaching the deal that she made with her father in law as she instead of attracting Khurram, is busy in flirting an unknown person.