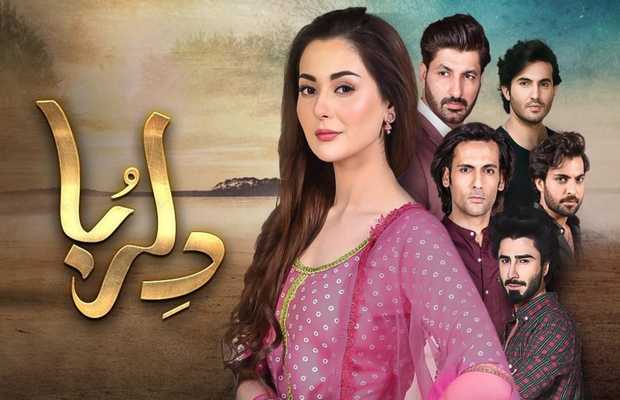 Dilruba the drama serial airing at HUM TV is one bold take on flirting, however, the protagonist of the play Sanam’s character is getting more disgusting day by day. She is characterless, a careless mother, and an arrogant daughter who feels nothing for her family. She is such a hateable character yet she is portrayed in such a light where the writer is trying us to empathize with that character but still, that empathy is not redeeming Sanam, she is a negative character brilliantly played by Hania Aamir.

Sanam is startled by Farhad’s proposal, she clearly knows that she cannot marry him, if she marries him she will lose the house. She shares her concerns with Farhaad too who tells her that he can gift her more houses like this, this house is nothing, moreover, he is insisting her to marry him as she is clearly not happy with Khurram. Sanam’s friend also advises her to marry Farhaad.

Khurram and his wife see Sanam and Farhaad together in a car frankly talking with each other. Well, surprisingly it seems that Khurram gets very furious on watching Sanam hanging out with a man. He blames her for being a characterless woman on which she says that she is just like him. Well one thing is not making any sense and that is why the house caretaker is not taking Khurram’s side being a family loyal, his loyalty should have been with his master’s son why he is taking sides with Sanam?

Well, Sanam’s mother is as vile as Sanam, knowingly she is ruining her own son’s newly started married life. She is being a mean mother in law and she is so selfish that just to save Sanam she is deliberately being cruel and mean with her daughter in law not realizing that for how long will she able to save Sanam and also when Sanam has cut off all her relations with them then why she is bothered so much that she is ruining her son’s married life who has done so much for his family? Erum gives birth to son right on the same night when Sehrish’s Chacha has invited her for dinner. However, Sehrish goes along with her parents at her Chacha’s place where Junaid’s mother spews venom against her mother in law and there she comes to know that Sanam is actually the girl for whom Junaid is madly in love with and for whom he has not married Sehrish.

tweet
Share on FacebookShare on TwitterShare on PinterestShare on Reddit
Rameeza NasimAugust 17, 2020
the authorRameeza Nasim
Rameeza Nasim, a Paralian, passionate about poetry, drama and fiction. By giving drama critiques I feel like I am endorsing the writer's message to the audiences, I love my job. Being a critic responsibility lies on my shoulders to point out the flaws and shortcomings of the play be it on writer's , performers or director's end . I did my Masters in English Literature and Linguistics .
All posts byRameeza Nasim