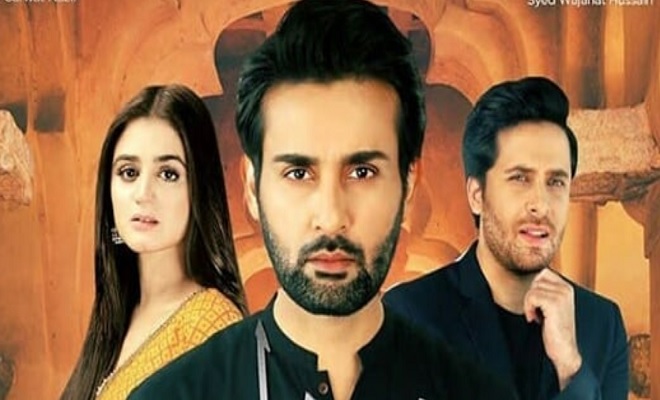 Affan Waheed and Hira Mani starrer Do Bol recently ended after garnering one of the highest rankings. While fans might or might not be contended with the apparent happy ending, we felt there were some major flaws with the drama when it came to basic morality.

Read More : Do Bol Last Episodes Review: The end we all desired to watch

Lies Get You Rewards

Badar lied to Sameer about Gaiti, Badar lied to Gaiti about Sameer. Firdous apa and Fariha continuously lied about Gaiti and her mother, Gaiti lied to her mother before leaving the house. All in all everyone was conveniently lying and nobody was able to see through it. And despite Fariha and Firdous apa got hit with karma, there was no acceptance or repentance of his lies on Badar’s part. After all, he had to be the hero and hero can never be wrong eh.

Badar probably took ‘everything is fair in love and war’ too literally. So while he was out and about to destruct Sameer and Gaiti’s relationship, he also became oblivious to his sister’s feelings. Just a little feedback, Badar’s sister Rania was engaged to her cousin Jamshed whose sister was supposedly engaged to Badar. As Badar was conveniently conspiring to get Sameer out of his way, he also did not consider the consequences his sister will have to bear. And while let’s say Badar should not have been bound to marry his cousin just for his sister, the writer could then have given a justification of Rania’s bitterness. She was just portrayed as pure evil, which we don’t think she was.

So Gaiti Ara was essentially a loud and somewhat arrogant girl who cutely insulted almost everyone who basically spoke to her. Now while there’s a justification to her character’s behavior, it’s beyond our comprehensive abilities why none of the guys who were heels over head in love with her not see that particular trait. In all honestly, who would want to marry an arrogant person who is habitual of insulting people around?

Honesty Gets You Nowhere

Now while we may call Sameer naive and a little out of depth for what was going around, the poor guy was at least honest with everyone since the beginning. Right from Gaiti to whom he professed his feelings to Badar whom he considered a friend and confided in, Sameer was always honest with his mother too. But we all saw what happened. First he was always late to reach Gaiti, through which writers conveniently portrayed him a fool and then eventually Gaiti was just uninterested in his version of truth. Heck, even the audiences did not miss him as the story wrapped up for every character and Sameer was left out.

No Relationship Can be Trusted

Now this is where it gets totally messed up. The drama was just on a spree to portray every relationship as flawed or corrupt. Gaiti’s relationship with her father was downright complicated, her father’s relationship with his sisters was based on nothing but lies, the sisters were hateful of every individual that existed and so much so that Sameer’s otherwise sane and sophisticated mother had to lie to her innocent son too.

Just to add a list, Gaiti’s father had a troubled relationship with both wives, Badar had a somewhat strained relationship with his sister, Jamshed was nothing but pure evil for his cousin Badar, Zafar was a whole another level of hate and vengeance, and Sameer was surrounded by a liar friend, a manipulative sister in law and an unsupportive yet indecisive mother.

We do feel that in the attempt to emphasize on the importance of ‘Do Bol’ i.e. Nikkah, the makers let go of the moral values that are prerequisite for good human beings. Quite a bunch of flawed ideas were easily conveyed through this top rating drama.