Mahir wants to marry Mehru so he can make people jealous 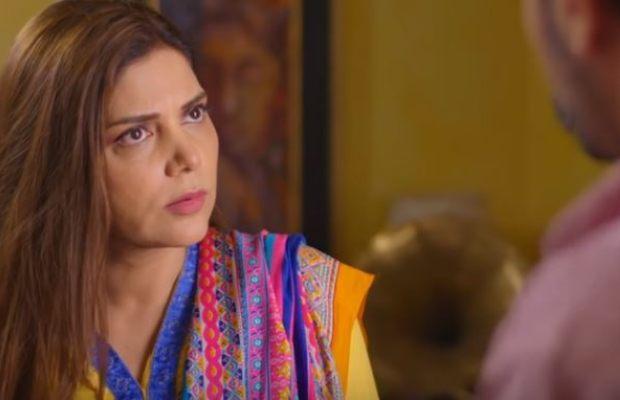 Dobara the drama serial airing on Hum Tv is down with 11 episodes. The story with a progressive narrative is like a breath of fresh air. In the previous episode, we have seen that two persons have proposed Mehru on her birthday one is Mahir other is Ibtisaam. In this episode, it is shown that Mehru is extremely confused about who to say yes to. Her heart is with Mahir but she also thinks that Mahir just wants to cash her.

Phupho is playing her cards extremely well the way she calls the driver and by trick, she gets to know about Mehrunissa’s whereabouts is so clever. She has come to know that Mehrunnissa still meets Mahir in the hospital and not only meets her she is giving him money too. She tells all this to Ibtisaam who seems a more genuine person not a schemer like Phupho.

Phupho fully charges Affan against his mother by telling him that she still meets that boy and most probably right now she has gone to meet him. Affan has lost his cool on this, he is in furious rage he calls her sister. On the other hand, Phupho is preparing Ibtisaam to be Mehru’s hero she wants him to intervene in all the arguments and tell Affan about his proposal.

Well, Mehru has visited her friend Nayyara and she seems more like a counselor. Mehru speaks her heart out to her. Unlike the world, Mehru’s friend is not judging her. She discusses with her that two persons have proposed to her and she is now thinking about her second marriage option. She discusses Mahir in a negative light saying that he is a greedy boy who wants to marry her for money. For Ibtisaam she is confused she says that she does not know him much but she thinks that it will be easier for her to convince her kids for him.

Mehru’s opinion about Mahir is not wrong, he does not actually love her. He wants to marry her because she can change his status and he wants to make his ex and folks envious by marrying a rich lady and that is what he thinks about Mehru. Mehru when returns home Affan is ready to fight with her, he starts accusing that her mother is lying he has gone to meet Mahir. Mehrunnisa breaks the news to him about her thinking of second marriage when Affan gets even madder, Ibtisaam like a hero intervenes telling him that he is the one who has proposed to his mother. Affan is now mad at Ibtisaam he leaves the house in a furious mood. Will Mehrunissa actually agree to marry Ibtisaam?

tweet
Share on FacebookShare on TwitterShare on PinterestShare on Reddit
Rameeza NasimJanuary 6, 2022
the authorRameeza Nasim
Rameeza Nasim, a Paralian, passionate about poetry, drama and fiction. By giving drama critiques I feel like I am endorsing the writer's message to the audiences, I love my job. Being a critic responsibility lies on my shoulders to point out the flaws and shortcomings of the play be it on writer's , performers or director's end . I did my Masters in English Literature and Linguistics .
All posts byRameeza Nasim