Affan and Zamir are not in favor of Mehru's marriage 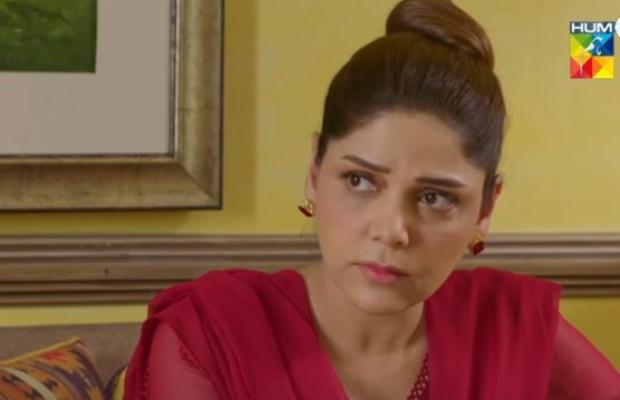 Dobara is one of the best serials in the running. Hum TV has come up with a unique narrative of a widow and her right to a second marriage. Hadiqa Kiani has given an impressive performance. In the previous episode, we have seen that Mehrunnissa is extremely confused but in this episode, it seems that she has made up her mind that no matter what happens she will remarry.

Affan leaves the house in a furious mood, he is living with his friend and he is not picking up her mother’s call. Mehrunnisa is recalling Affan’s words, echoing in her head that he is accusing her not to mourn his father’s death for once. Affan’s friend seems a decent guy he tries to instill some sanity in Affan by telling him that he should think about his mother’s happiness.

Mehrunnisa talks with her daughter Minaal asking her that is she too unhappy with her decision. Minaal tells her that her husband and his family will never approve of this marriage and it will become a laughing stock for them. Mehrunnisa tells her that if people’s reaction is more important to her than her mother’s happiness then she should leave her too. Minaal vows that she will support her mother.

Affan’s to be in-laws and his fiance Sehar are extremely greedy people, they have eyes on Affan’s property. In such a critical time, Sehar’s mother calls Mehru and insists that they are coming to see her despite her making excuses. Mehru has no choice but to call Affan and then there is a mini brawl between Affan and Ibtisaam on which she gets a tight slap from Mehru but before that Affan would react to it Sehar’s in-laws marches in the house. They have asked for the wedding dates and also shamelessly demand 5 crores and property as Haq Mehar on which Mehru agrees despite phupho’s objections.

Mehrunnisa’s sudden urge to get married again is not making any sense, she wants to feel liberated after Hidyatullah’s death and she is enjoying her liberty then why she once again wants to get shackled in the name of marriage? and that too for Ibtisaam with whom she shares no compatibility and she seems not comfortable in his presence then why she is taking the pains of making her son angry? Mehru is resolute that after Affan’s marriage she will get married too! Mehru clearly tells Affan and Minaal that she does not need any permission to get married.

tweet
Share on FacebookShare on TwitterShare on PinterestShare on Reddit
Rameeza NasimJanuary 13, 2022
the authorRameeza Nasim
Rameeza Nasim, a Paralian, passionate about poetry, drama and fiction. By giving drama critiques I feel like I am endorsing the writer's message to the audiences, I love my job. Being a critic responsibility lies on my shoulders to point out the flaws and shortcomings of the play be it on writer's , performers or director's end . I did my Masters in English Literature and Linguistics .
All posts byRameeza Nasim