Dobara Episode-16 Review: Mahir has a dark side as well! 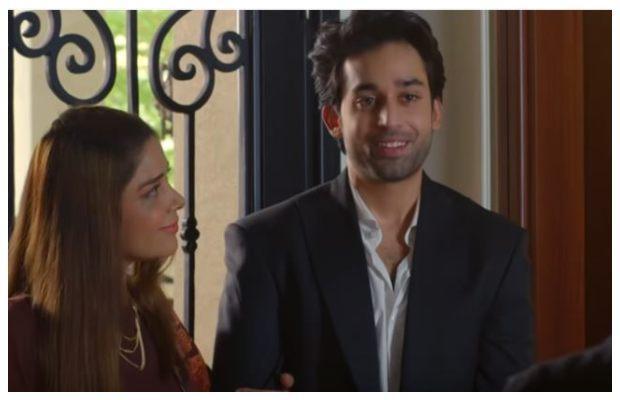 Dobara the drama serial despite having progressive themes has a bit of problematic narrative too. Performances are top-notch, Hadiqa Kiani and Bilal Abbas have given brilliant performances, we are rooting for Mehru and Mahir. In the previous episode, we have seen Mahir being sincere with Mehru. In this episode after overhearing Mehru’s views about him, we have seen a glimpse of his dark side.

The scene in the shop where the shopkeeper refers Mahir as Mehru’s son creates an awkward situation. Mahir starts losing his cool he snubs the salesman telling him that she is his wife and he has no right to label relations and judge people according to their age bracket. Later they both were laughing at this situation when Mehru tells him that people usually refer Hidayatullah as her father.

Mahir’s pathetic stepmother is so greedy that she does not even care about her husband’s treatment, she is not ready to sell her jewellery. Her daughter is way more sensible than her. She sends a message to Mahir through her friend asking him to visit her house as his father is not well and asking for him. He cancels his meeting and visits the house we are thinking that he might care for his father but he misbehaves with them telling them that since now when he has money they are calling him. Well, Mahir’s behavior is well justified.

Affan is back home returning from his honeymoon. Zameer has already told Maheen to go and control his brother in this difficult time. Maheen is trying her best to avoid this topic and hide this news but then Phupho is there to ignite the fire, she breaks the news to him telling him that her mother has married Mahir making him mad. Affan is so mad that he even yells at her phupho.

Mehro and Mahir are not home, they are invited by Mrs. Fareed. Mr. Fareed does not approve Mehru’s marrying Mahir. He starts talking ill about Mahir when he goes out of the room to attend a call. Mr. Fareed is telling Mehru that Mahir is not trustworthy and he will let her down on which Mehru says that she never blindly trust Mahir and he overhears this. Well, one wonders if she does not trust him and she thinks that he might cheat him then why she is so desperate to marry him here the narrative of the story turns problematic. Mahir after hearing Mehru’s views about him shows his darker side by talking loud in his head that he will not cheat Mehru.

tweet
Share on FacebookShare on TwitterShare on PinterestShare on Reddit
Rameeza NasimFebruary 10, 2022
the authorRameeza Nasim
Rameeza Nasim, a Paralian, passionate about poetry, drama and fiction. By giving drama critiques I feel like I am endorsing the writer's message to the audiences, I love my job. Being a critic responsibility lies on my shoulders to point out the flaws and shortcomings of the play be it on writer's , performers or director's end . I did my Masters in English Literature and Linguistics .
All posts byRameeza Nasim