Dobara Episode-17 Review: Mahir is in critical condition after Affan shoots him 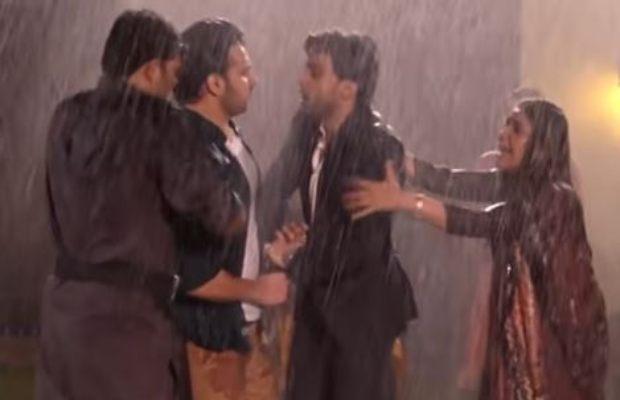 Dobara airing at Hum TV is one interesting watch powered by brilliant performances. The story takes a very drastic turn in this episode where Affan comes back and he loses his cool after seeing Mehru and Mahir together and he accidentally shoots Mahir in a brawl. In the previous episode, Mahir has shown his darker side after hearing Mehru’s views about himself.

Mahir and Mehru were on their way back home when Mahir loudly thought about cheating on Mehru after hearing her views about himself. They both were quite on their way home in the car not knowing that a storm is waiting for them at home. Affan is getting mad on hearing about his mother’s marriage, Minahil is trying to control Affan but Phupho has fully charged him.

Mahir and Mehru arrive at home and Mehru spots Minahil’s car later they come to know that Affan has also arrived. Mehru gets panicked she tells Mahir to stay away from the scene for a while but Mahir refuses to do that, he stays with her and they both enter the house. Affan gets furious after seeing them together, he tells Mahir to leave his house, Mahir refuses to leave and Affan loses his cool.

Affan goes out at his guard and took his pistol, he is about to shoot Mahir but Mahir has not affected by his pointing pistol at her later Affan tries to kill himself, Mahir intervenes and in this situation, Mahir gets a shot. Mahir is in critical condition. Affan is in a big mess if God forbid Mahir dies he will end up in jail. Minahil tells Affan to escape from the scene and stays in his inlaw’s house for a few days. Well, Zameer is there at the hospital with Mahir and Mehru.

Zameer is silently praying that Mahir dies and Affan gets punished so that he will get all the share in business and property. He tells the police that Mahir is shot by Affan and later he also gets to know that Minahil has sent Affan to his inlaws house. Mehru tells Babar about Mahir’s condition and he tells his father to come to see him in the hospital. Mahir’s father meets Mehru and to be honest Mahir’s father is not a bad character, unlike Mahir’s mother he is not that pathetic. He very nicely talks with Mehru asks her to pray for his son and we are praying that he falls down so the poor man gets his treatment too. Shabbir Jaan has done an incredible job as an ailing man.