Dobara Episode-3 Review: Mehru is now living her life on her terms

Mahir convinces his parents to take his proposal for Naveen 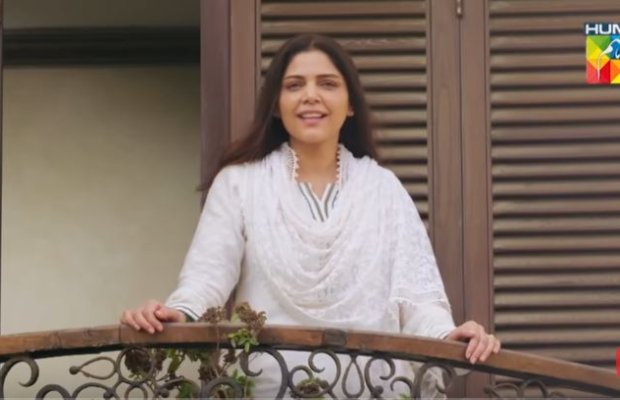 Dobara the drama serial at HUM TV is now 3 Episodes down, still, we have not seen Mehru and Mahir’s encounter yet. The best thing about this serial is its progressive approach. In the previous episode, we have seen how poor Mahir is badly treated by his mother but in this episode, we have seen him going back to his mother convincing her to go with him to Naveen’s house for his proposal.

Mahir’s girlfriend is insisting on him to bring his proposal for her as soon as possible otherwise her mother will marry her off to somewhere else. Poor Mahir applies for jobs but does not succeed. Well for Naveen he has to go back to her mother, the same mother who has so badly treated her, cursed her, and says that she wish he is dead. No mother does that no one says that. If I were in his place I would have never gone to her place again but Mahir seems a thick-skinned boy.

Mehrunnissa is living her life on her terms now, she is freed from the shackles of marriage. She plays football with house help’s children. Despite Hidayatullah’s sister’s fierce criticism she pays no heed to it and does whatever her heart says. However among all this freedom, she has not forgotten her religious obligations, she prays and reads Quraan too.

Mahir visits his mother once again, the time he reaches her home, his mother is telling her husband that Mahir will not come again what a cruel mother. To her surprise, he comes and asks his mother a favor of having a few moments of her, he wants her to go to Naveen’s place for a proposal to which she agrees despite her husband’s fierce objections. Mahir also convinces his father of the proposal who seems nicer than his mother.

Mehru starts her normal life, she dresses in a tracksuit and goes to a nearby park. For the very first time, she feels liberated. Hidayatullah’s sister creates a whole scene on her wearing a tracksuit and going out like that in the park but Mehru pays no attention to her. She continues to live the way she wants she asks her daughter to go back to her house and when she is going back she goes along with her shopping. On his way shopping, Afaan sees her mother when he is with her fiance he feels embarrassed. It seems that he is going to object as his phupho has also fed his mind to stop his mother. Little does Mehru knows that only marriage is not a shackle, children are shackles too. Mehru is not fully liberated she is answerable to his son too as we live in a male-dominated world.

tweet
Share on FacebookShare on TwitterShare on PinterestShare on Reddit
Rameeza NasimNovember 4, 2021
the authorRameeza Nasim
Rameeza Nasim, a Paralian, passionate about poetry, drama and fiction. By giving drama critiques I feel like I am endorsing the writer's message to the audiences, I love my job. Being a critic responsibility lies on my shoulders to point out the flaws and shortcomings of the play be it on writer's , performers or director's end . I did my Masters in English Literature and Linguistics .
All posts byRameeza Nasim