Dobara Episode-9 Review: Our heart goes out for Mahir!

Mahir having thoughts of marrying Mehro 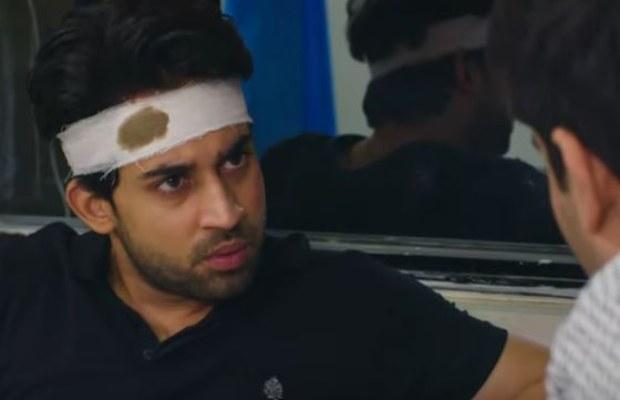 Dobara the HUM TV drama serial is a modern and progressive take on widow’s marriage. Hadiqa Kiani and Bilal Abbas’s performances are power-packed. In the previous episode, we have seen that Mahir’s parents talked with him about Mehru on which he out of anger says that he wants to marry her, later he gets in a road accident. In this episode it is shown that Mahir’s parents abandoned him and it is Mehru who helps him out. Our heart really goes out for Mahir how pathetic and helpless his condition is.

Mehru sends money through his driver to Baber so that he can clear all bills of the hopsital. Baber is extremely grateful to Mehru as Mahir’s parents have refused to pay his bills they even don’t care to listen to him and Baber is not earning well so how cant he bear Mahir’s hospital expenses, in this situation Mehru really seems a savior.

Ibtishaam (Javed Sheikh) is trying hard to impress Mehru and he is all exhausted in doing that. He has already worn out after the jogging session, his feet have swelled up. He clearly tells Phupho that he cannot marry Mehrunnisa but it is Phupho who is insisting him not to lose the hope. She tells him that all he needs to do is to accompany Mehru and to impress her.

Mehru is going to visit Mahir in the hospital when Phupho insists to take Ibtishaam with her. Well why Mehru is not feeling inappropriate and uncomfortable on her sister in law’s suggestion? Why she is being so cordial? Ibtishaam is more of a comic relief the way he shouts in the car when he finds out that Mehru is a newbie driver. The funniest part is that he on the way back he insisted Mehru that he will drive and ends up hitting Affan’s favorite car.

Our heart really goes out for poor Mahir, his parents have abandoned him. The way he is recalling his parents last meeting with teary eyes have brought tears in our eyes. He has the most pathetic parents ever. Mehru visits him and he is too embarrassed to know that she has helped in paying his hospital bills. Baber is trying to put thoughts in Mahir’s mind that the best thing for him is to marry Mehrunnisa. Although Mahir get annoyed at his friend’s suggestion but later we see that he is having thoughts of marrying Mehru. Poor Mahir has left with no choice but to compromise!