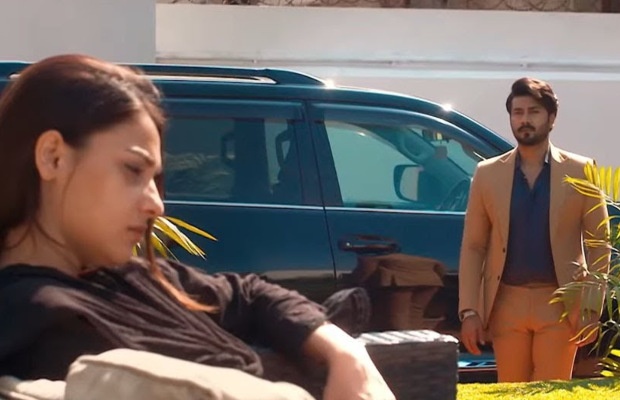 Dour the drama serial airing at Geo Entertainment is getting more and more tedious despite having its intriguing value. Despite getting too much all over the place still we as the audience are very much interested in knowing about Mrs. Etheshaam’s past and for that the credit goes to Sania Saeed for her brilliant portrayal. In the previous episodes, Mrs. Etheshaam made Asma’s life a hell by putting her responsibility to take care of Abhaan. In this episode we have seen that Mrs. Etheshaam is using all her tactics to kick off Rehmat baba the caretaker Romaan has hired for Abhaan.

Asma and Romaan get a sigh of relief with Rehmat Baba’s entry into the house, he has taken complete care of Abhaan. Rehmat Baba’s character is so inspirational, he is an honest and man with upright character. He very patiently bears Abhaan’s cursing and moreover he also very patiently endures Mrs Etheshaam’s snubbing and unnecessary yelling. He treats Asma like her own daughter.

Adil is back, he has left his job too. He has planned to marry Yasmin and we have seen that he has already taken care of her daughters. The unbearable choti phupho is getting on the audience’s nerves with her unnecessary yelling and cursing on Yasmin and her daughters all the time.

Mrs. Etheshaam is kind of happy and satisfied with Rehmat Baba’s dedication but it is Abhaan who cannot bear Rehmat baba taking care of him as he cannot see Asma and Romaan enjoying their life together. Abhaan clearly threatens Mrs. Etheshaam that if she will not help him in getting rid of Rehmat Baba he will expose her reality in front of Romaan and as a teaser, he does that too by calling Romaan, it is his way of threatening his mother.

Mrs. Etheshaam is cautious that Abhaan may reveal her reality to Romaan so she is all set to use her evil tactics to kick out Rehmat Baba. She places some valuable stuff on the table careless in presence of Rehmat Baba. He picks it up and hands it back to Mrs. Etheshaam. Mrs Etheshaam knows that Rehmat is a man of upright character so she uses another malicious tactic, with the help of Geeti puts jewellery in his bag in his room. Later she complains Romaan about her missing jewellery. Romaan finds the jewellery pouch in Rehmat Baba’s bag. Roman and Asma are sure that Rehmat Baba cannot commit such sin. However surprising thing is that even Abhaan stops her mother from yelling at Rehmat Baba why he does that?

tweet
Share on FacebookShare on TwitterShare on PinterestShare on Reddit
Rameeza NasimAugust 27, 2021
the authorRameeza Nasim
Rameeza Nasim, a Paralian, passionate about poetry, drama and fiction. By giving drama critiques I feel like I am endorsing the writer's message to the audiences, I love my job. Being a critic responsibility lies on my shoulders to point out the flaws and shortcomings of the play be it on writer's , performers or director's end . I did my Masters in English Literature and Linguistics .
All posts byRameeza Nasim