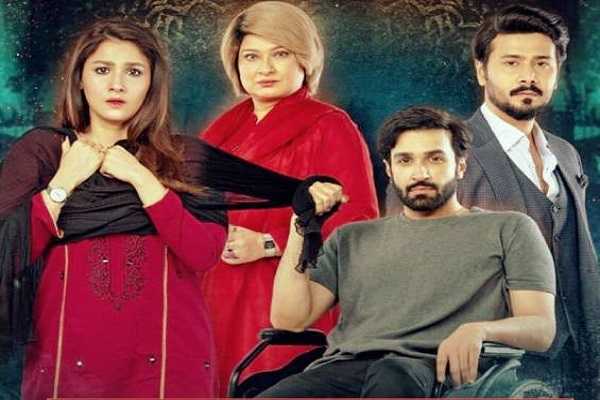 Dour the drama serial airing at GEO Entertainment revolves around the theme of puppetry. The story premises of the play is quite intriguing despite having many problematic issues. In the previous episode, we have seen that Poor Asma’s father sells his own house to save her daughter’s house and in this episode, we come to know that good for nothing husband of Yasmin throws her out of his house despite taking the money.

The episode begins with Asma being worried about her father’s medicines while her good-for-nothing Phupho has nothing to offer her except creating so much fuss around disturbing the hospital environment. I have a problem with such a negative portrayal of Phupho why she is shown so toxic? She is the one who dragged her niece into that toxic marriage and she is the one who does not want her to get divorced why? Why can’t she let her nieces live in peace?

As mentioned before Shaukat is a characterless person who has no moral compass. When he has already grabbed a hefty amount of money from his father-in-law, he is flirting with another woman when Asma catches him red-handed and the slap she gives on Shaukat’s face is so apt. Well, poor Yasmin has to face the consequences she has been thrown by her husband out of the house, the well disturbing part is that why Yasmin is so helpless she should herself walked out of such a toxic relationship.

Asma eavesdrops on Roman telling the doctor that he will handle all the finances but he is insisting not to tell Asma about him bearing the expenses. Roman has won a place in Asma’s heart. Phupho is such a toxic character that when Yasmin comes to her place she starts cursing her and blaming her for her father’s condition when she is the one who stops her from taking the divorce. She still has the audacity to blame Yasmin?

Roman is like a knight in shining armor for Asma he rescues Yasmin’s daughters for Asma goes to Shaukat’s place with her and threatens him to return the money by the night otherwise he will come with the police. Shaukat is quite speechless at that moment. Asma’s phupho creating fuss over ECG seems too stretched and exaggerated scene. The cunning Phupho starts milking the situation in front of Mrs. Etheshaam and the episode ends when Mrs. Etheshaam tells them that she has seen Asma going with Roman. Mrs. Etheshaam is calmly noticing all this she must be cooking something in her head.