Dour Episode-6 Review: Mrs Etheshaam is cooking something sinister in her head 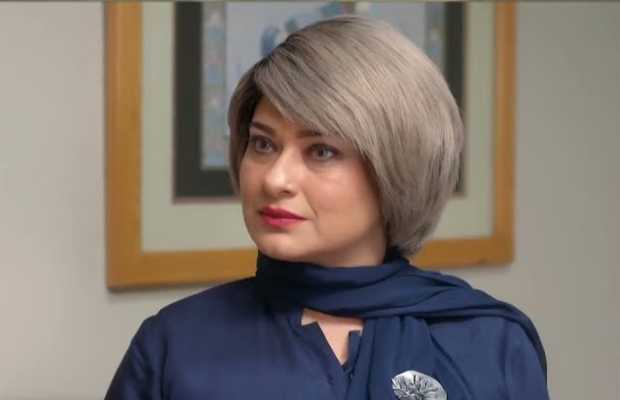 7th Sky Production’s Dour despite all its flaws is still a very intriguing drama serial that has so much to reveal and this factor hooks us to the screens and also Sania Saeed’s powerful portrayal as Mrs. Etheshaam. In the previous episode, we have seen Mrs. Etheshaam noticing Roman and Asma going together and in this latest episode, she herself tells Roman to get married although she does not take Asma’s name yet.

Phupho’s toxic portrayal is beyond comprehension why she has to be so mean to her nieces? The way she is trashing Yasmin and her daughters is so vile. Her loud tone is too annoying. She is what a typical phupho is, what our media has portrayed to be something totally evil well in reality we have seen good, loving, and caring phuphos too so why such toxic portrayals of this relation. It seems that poor Yasmin and her girls will have no shelter as Phupho has clearly refused to keep them.

Mrs. Etheshaam lies about Abhaan with Asma saying that the reason for his suicidal attempt is his guilt over that incident where he misbehaved with her and also that if she will forgive him he will feel good. Mrs. Etheshaam too apologizes for his behavior. Hina Altaf’s performance is simply impeccable here. Asma pays a visit to Abhaan’s room.

However, Asma’s apology to Abhaan does not make any sense, why she is saying sorry to him when he is the one who has misbehaved with her? Mrs. Etheshaam has very artfully instilled guilt in Asma by lying about Abhaan’s suicide reason. Abhaan at this time seems very soft he does not shout at her in fact he very softly tells her that he is sorry and also that he does not want any sort of sympathy on which Asma says that she is truly sorry for her behavior.

After Asma leaving the room, Abhaan demands from his mother that he wants this girl. Well, Mrs. Etheshaam is planning some sort of game in her mind. She tells Roman to get married although she does not take Asma’s name. On the other hand, Mrs. Etheshaam is getting close with Asma and with her, she mentions Roman and her getting close. Abhaan when again mentions that he wants Asma and he cannot see her with Roman, Mrs. Etheshaam starts taunting him saying that he wants to get rejected once again? Abhaan has no reply but it seems that there is going to be a sinister game that she plans to play. Poor Roman seems merely like a puppet, or maybe she is playing with Abhaan’s feelings.  Intrigued to know what she actually wants!

tweet
Share on FacebookShare on TwitterShare on PinterestShare on Reddit
Rameeza NasimJuly 27, 2021
the authorRameeza Nasim
Rameeza Nasim, a Paralian, passionate about poetry, drama and fiction. By giving drama critiques I feel like I am endorsing the writer's message to the audiences, I love my job. Being a critic responsibility lies on my shoulders to point out the flaws and shortcomings of the play be it on writer's , performers or director's end . I did my Masters in English Literature and Linguistics .
All posts byRameeza Nasim