Rohaan is not Mrs Etheshaam's own son 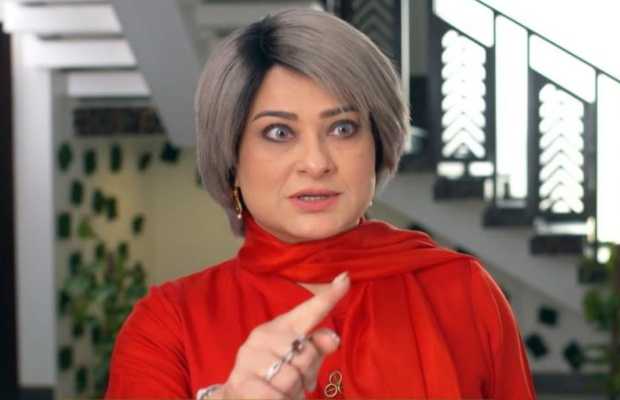 7th Sky Production’s Dour has come up with another episode at Geo Entertainment, the play at places is quite problematic and is becoming a difficult watch. In the previous episode, we have seen that Mrs. Etheshaam (Sania Saeed) asks Asma’s hand for Abhaan from Master Sabir and when he does not agree she kills Master Sabir by taking off his oxygen mask. In this episode, Mrs. Etheshaam is conspiring for Asma and Abhaan’s wedding.

Master Sabir dies, Mrs. Etheshaam has actually killed him by taking off his oxygen mask but nobody knows that. In this episode, we have seen his funeral and also that Rohan is really upset for Asma. Mrs. Etheshaam is now playing a game, she is pretending in front of Rohaan that she really cares for his feelings for Asma but in reality, she has no plans of asking Asma’s hand for Rohan, in fact, she wants her for Abhaan. Abhaan wants Asma at any cost not just because he likes her but because Rohaan likes her. Azfar Rehman’s performance is simply brilliant as Abhaan.

Rohaan is not the real son of Mrs. Etheshaam but she is being nice to him all the time just because she needs him for taking care of her business and that is why she has to play a game in which she can easily take Asma from him for Abhaan. She tells Rohaan that she wants to talk with Asma’s phupho for him and invites him to accompany her which he respectfully declines but in reality he has made her task easy.

Choti Phupho is becoming too unbearable to watch, she is too loud and disgusting. The way she is trashing her orphan nieces is too pathetic. It seems that her son has a history with Yasmin for which she is trying to keep her away from his son which is why she is insisting on him to not come to Pakistan. Mrs. Etheshaam visits her for condolence but Choti Phupho misbehaves with her which looks so satisfying.

When Mrs. Etheshaam says that she wants Asma to be her daughter-in-law, the greedy Phupho’s demeanor changes altogether she starts begging forgiveness for her rash behavior. However, Mrs. Etheshaam spoils her happiness when she tells her that she wants Asma for his son Abhaan, not Rohaan. Phupho is concerned initially but then the evil Mrs. Etheshaam cashes her greediness and convinces her to be part of her game. The vile Phupho tells Asma that Mrs. Etheshaam is asking her hand for Rohan on which Asma refuses. Phupho then shows her true colors to her orphan nieces threatens them to leave the house or accept this proposal. What a vile character! Will Rohaan be able to save Asma?

tweet
Share on FacebookShare on TwitterShare on PinterestShare on Reddit
Rameeza NasimAugust 3, 2021
the authorRameeza Nasim
Rameeza Nasim, a Paralian, passionate about poetry, drama and fiction. By giving drama critiques I feel like I am endorsing the writer's message to the audiences, I love my job. Being a critic responsibility lies on my shoulders to point out the flaws and shortcomings of the play be it on writer's , performers or director's end . I did my Masters in English Literature and Linguistics .
All posts byRameeza Nasim