The ending scene is quite shocking and confusing 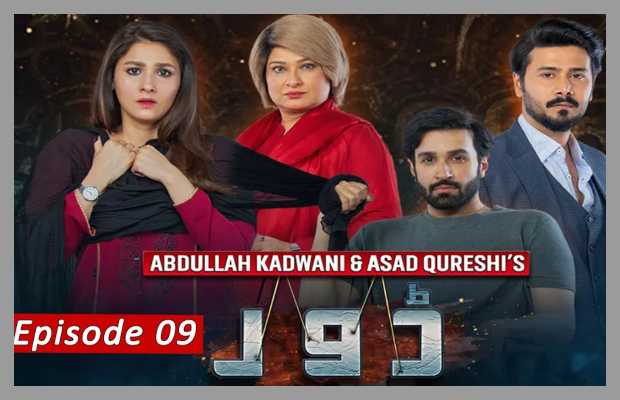 Dour the drama serial airing at Geo Entertainment has on aired its another episode, they air two episodes in a week. The story plot reveals that Roman is merely a puppet in hands of the cunning and evil Mrs. Etheshaam. In the previous episode, we have seen that how Mrs. Etheshaam artfully convinces Phupho for Abhaan’s proposal, and in this episode, Roman also clears her path.

The episode begins when Roman meets Asma and convinces him that he is an orphan and not the real son of Mrs. Etheshaam therefore no property is his own. Asma seems relaxed to know that and she agrees to his proposal not knowing that it is a move by Mrs. Etheshaam which she will use in her favor. She tells Romaan that Asma has not agreed to his proposal they seem more interested for Abhaan.

Poor Romaan’s heart breaks but just for a moment in the next moment, we see him convincing Mrs. Etheshaam to let Asma and Abhaan marriage happen. Well one wonders what has really got into Romaan why for once he has not tried to talk with Asma on her own. Why he is not thinking for Asma who is going to live with a psycho person like Abhaan? Knowing Asma he must have the idea that she is not greedy at all. Romaan’s character is not making any sense at all when he is actually insisting her mother for Asma and Abhaan’s marriage. Its all so absurd.

Sania Saeed’s expressions are simply impeccable we love her portrayal as Mrs. Etheshaam, it is pure evil but its quite mysterious. Poor Romaan is a mere puppet in her hands. Asma sees a dream in which Mrs Etheshaam is a puppeteer having strings of her and Romaan in her hands. They are nothing but puppets in front of her. Phupho’s character is another evil one actually knowing Abhaan’s reality she is still ready to ruin her niece’s life.

According to Mrs. Etheshaam’s plan, Asma has not been told that she is not marrying Romaan but Abhaan. Mrs. Etheshaam warns Phupho to keep this a secret till the wedding day. She has artfully controlled every situation from Romaan’s side. Asma unknowingly wears a ring of Abhaan’s name. Abhaan is really happy and Roman with his broken heart is all set for his brother’s wedding preparations. The ending scene is quite confusing and shocking when Phupho comes at Mrs. Etheshaam’s place to put a ring at Abhaan’s finger, she asks Abhaan to bring his hand on which Mrs Etheshaam yells hard shocking Romaan as well as Phuphoo too. Well, one wonders why she is so angry at what wrong Phupho has done?

tweet
Share on FacebookShare on TwitterShare on PinterestShare on Reddit
Rameeza NasimAugust 4, 2021
the authorRameeza Nasim
Rameeza Nasim, a Paralian, passionate about poetry, drama and fiction. By giving drama critiques I feel like I am endorsing the writer's message to the audiences, I love my job. Being a critic responsibility lies on my shoulders to point out the flaws and shortcomings of the play be it on writer's , performers or director's end . I did my Masters in English Literature and Linguistics .
All posts byRameeza Nasim