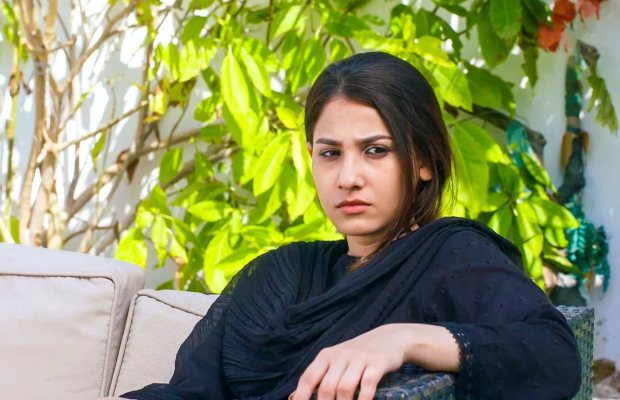 In the previous episodes, it was shown that Mrs. Etheshaam (starring Sania Saeed) is plotting to abort Asma’s child and in the latest, we find that Romaan (Ali Abbas) starts doubting Asma (Hina Altaf).

Mrs Etheshaam is planning to abort or happen the miscarriage of Asma’s baby but it seems that still Asma and Romaan are not aware of the pregnancy. Mrs Etheshaam with the help of a Daee procures a mixture which will going to waste the baby in the womb and she dissolves it in a juice and asks Geeti to give that juice to Asma who was then at Abhaan’s room and Abhaan is having an argument with Asma, he is in worst mood. Asma refuses to take the juice. Abhaan makes Geeti drink that juice.

Geeti after being so much humiliated should think about Asma, she later faces further humiliation when Mrs Etheshaam asks her to finish that juice but still she does what she is asked, how stupid she is? The second chance of having that toxic juice also gets ruined but this time by Adil. Adil comes to meet Asma, Abhaan behaves very rudely with him but then Mrs Etheshaam asks him to take her to his room she could have ask him to take her to the drawing room why his room?

Adil wants to marry Yasmin and he loves the girls too. Adil shares his desire to marry Yasmin with Asma and Asma says that she will try her best to convince Yasmin. Well Asma could make her cousin sit on the coffee table chairs in her bedroom too but no she makes him sit on her bed. Adil reminds her of her father’s birthday, Asma starts crying Adil is consoling her when Romaan catches her in the room but he says nothing and silently walks out.

Romaan is such a dumb person, instead of sharing his concerns directly with Asma after Adil’s departure he starts doubting Asma. Adil is Asma’s cousin and this kind of frankness is so normal between cousins why he is being so unreasonable. Even when Asma brings up this topic he simply avoids it in a very rude manner. Later on we see Yasmin’s ex husband storming into Romaan’s office, Romaan has seen him divorcing Yasmin then why he is letting him sit and having tea in his office? This is so absurd! He deepens his doubts by saying that Adil is a characterless person and also that Yasmin and Asma are after him. Romaan is a real nincompoop if he believe to such nonsense.

tweet
Share on FacebookShare on TwitterShare on PinterestShare on Reddit
Rameeza NasimSeptember 9, 2021
the authorRameeza Nasim
Rameeza Nasim, a Paralian, passionate about poetry, drama and fiction. By giving drama critiques I feel like I am endorsing the writer's message to the audiences, I love my job. Being a critic responsibility lies on my shoulders to point out the flaws and shortcomings of the play be it on writer's , performers or director's end . I did my Masters in English Literature and Linguistics .
All posts byRameeza Nasim