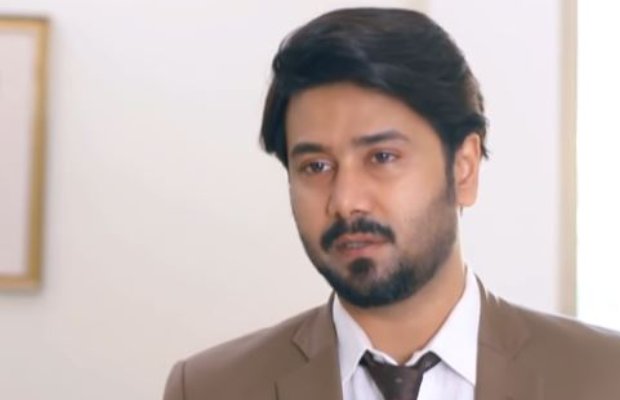 Dour the 7TH Sky Entertainment drama serial airing at Geo Entertainment is turning towards a disappointment in the first half but thankfully things are revealed to Romaan in the latter half and it seems that this play is moving towards its end. In the previous episode, Mrs. Etheshaam has asked Yasmin to marry Abhaan and in these episodes, Yasmin agrees to marry Abhaan.

Yasmin is such a nincompoop that despite hearing all the conversations between Mrs. Etheshaam and Abhaan she still thinks that it is a better option to marry him. The way Yasmin first poses to agree to marry Adil is such an insult to him, he does not deserve all this. Yasmin is extremely cruel and absolutely dumb to agree to marry Abhaan.

The way Mrs. Etheshaam is once again successful in brainwashing Romaan’s mind against Asma is so vile and Romaan despite that Mrs. Etheshaam has reminded him of all her favors and his place and worth in the house blindly trust her how dumb of him. Asma tells Romaan that she will never let Yasmin marry Abhaan as he is a compulsive harasser and he used to emotionally abuse and harass her too on which Romaan loses his cool saying that he is not going to hear a single word against his brother.

It is Mrs. Etheshaam who is orchestrating Shoukat as she wants to take advantage of Yasmin’s helplessness. It is Mrs. Etheshaam who has funded Shoukat so that he can take away his daughter and she is the one who is now telling Yasmin that she will help her in bringing her daughter back. Yasmin agrees to marry Abhaan just because she wants her daughter back and in form of Ms. Etheshaam she sees a ray of hope little does that poor soul knows that it is she who is orchestrating all her misery.

Gaiti tells Romaan that Abhaan is a habitual harasser and he used to harass his wife too and she tells him that he can confirm all this by watching her CCTV cameras. Romaan does that and in that he sees his dear brother’s ugly face. How his disabled brother used to harass Gaiti and his wife. He is in a furious range but he makes his entry late right before that the mishap has happened. Abhaan has injured Asma and it seems that her child is in danger. Romaan after knowing Abhaan and her mother’s reality will not spare him? Will he be able to save Asma and his child?

tweet
Share on FacebookShare on TwitterShare on PinterestShare on Reddit
Rameeza NasimOctober 29, 2021
the authorRameeza Nasim
Rameeza Nasim, a Paralian, passionate about poetry, drama and fiction. By giving drama critiques I feel like I am endorsing the writer's message to the audiences, I love my job. Being a critic responsibility lies on my shoulders to point out the flaws and shortcomings of the play be it on writer's , performers or director's end . I did my Masters in English Literature and Linguistics .
All posts byRameeza Nasim