Asma is taking care of her father single handedly 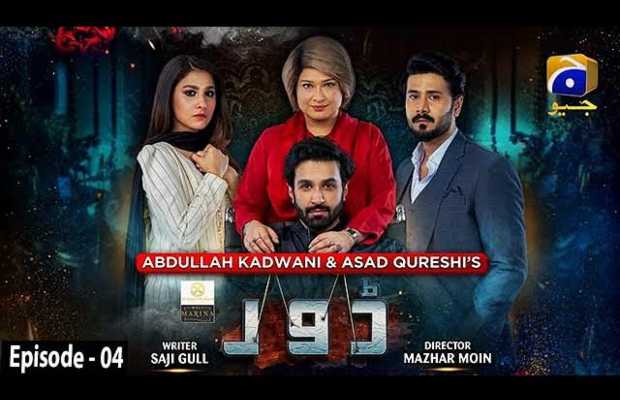 Geo Entertainment’s drama serial Dour comes up with its 4th episode, the play has intriguing value but it has quite problematic and disturbing aspects too. In the previous episode we have seen that Asma’s father gets critically ill as he is taking too much pressure from his son in law in this episode we have seen that poor father has left with no choice but to sell his own house why? Why does he do that has a big question mark.

Asma’s father’s approach towards saving his daughter’s marriage is simply pathetic. How come he let his daughter live with such a vile person who simply does not respect her at all. He is financially abusing him, habitual of demanding him a hefty amount of money all the time, and threatens him that if his demands are not being fulfilled he will going to divorce his daughter. How come a father put all his own and his other’s daughter’s life at stake to save such a feeble relationship!

Why can’t Asma’s father give his good-for-nothing vile son-in-law a shut-up call? Tell his daughter to leave this greedy man and tell her to be strong and that she is capable enough to take care of her own daughters on her own she does not need the support of someone who is emotionally and financially abusing him and her daughters? Knowing that greed has no end poor Asma’s father sells their only shelter just to save that pathetic relationship which clearly has no future.

Not for a single moment, Asma’s father has thought about Asma and himself where will they go after selling that house? Asma’s brother-in-law is such a characterless person that he even tried to have a deal over Asma by trying to fix her marriage with some older person. This is simply pathetic despite knowing this ugly side of his son-in-law Asma’s father is still persistent to save her daughter’s house.

Abhan’s girlfriend leaves him in a very distasteful manner. I mean why she has to refuse him in such a heartbreaking way she could simply avoid him. Abhan attempts to commit suicide but he is saved. Abhan hates Rohan and we are intrigued to know what is the actual story behind it? Rohan is in the hospital where Abhan is admitted and Asma brings his father in critical condition in that same hospital. Mrs. Ehetisham seems to notice Asma in the hospital, we are wondering what is cooking in her head?