This episode is all about Saira's speech in the court 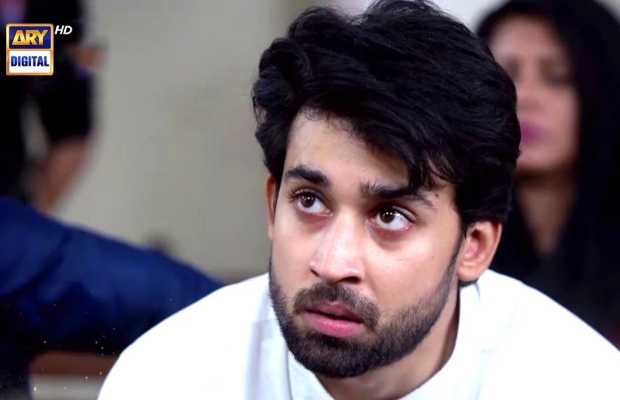 Dunk ARY Digital’s thriller which has been attached with controversy about demeaning the cause of the Me Too movement clears itself in its second last episode with Saira’s elaborated speech in the court where she discusses her take on harassment and what actually happened with her husband when Amal puts false allegation on him. In the previous episode, we have seen Safeer divorcing Amal in front of the court. In this episode, Saira’s appearance weakens Amal’s position too.

This episode truly belongs to Yasra Rizvi, she has brilliantly performed as Saira who presents herself in the court and she quite intelligently and eloquently explains and elaborates her stance on harassment and how flawed is Amal’s accusation on Haider. She further explains how Amal has wrongly accused her husband who had a spotless character and career.

Saira’s speech clears all the controversy which is attached with Dunk that it is undermining Me Too cause and the movement against women harassment. Saira clearly tells everyone that it is only a matter of right and wrong, she is not neglecting the fact that women, children do get harassed and she stands for their rights but in the case of Professor Humayyun he was wrongly accused and he was not given a fair chance of giving any clearance. Her family, her innocent daughter has become victims of shaming for the sin which he did not even commit.

Everyone in the court seems moved by Saira’s speech, except cold-blooded Amal who is just worried about her weakening position but not for once she has ever realized or had any feelings of remorse on hearing what Saira and her little daughter has gone through because of her? Well, the most strange and unbelievable part is Amal’s father’s behavior who has not yet started questioning her daughter. Despite such solid witnesses and evidence of her lying which are going against his daughter, he has still had no doubts for her daughter?

All that is happening is going against Amal but then all of sudden Haider’s new move is not making any sense at all. Haider abducts Amal in a deserted place and there he starts threatening her that how will it feel when he is actually going to do with her for what she is accusing him of? Amal starts trembling and it is one satisfying moment for the audience. However one wonders why Haider is committing such a blunder and two wrongs can never make anything right. He cannot actually rape her to prove her right maybe Haider’s plan is just to terrify her to death let’s wait for the last episode to see how this play going to conclude.

tweet
Share on FacebookShare on TwitterShare on PinterestShare on Reddit
Rameeza NasimAugust 1, 2021
the authorRameeza Nasim
Rameeza Nasim, a Paralian, passionate about poetry, drama and fiction. By giving drama critiques I feel like I am endorsing the writer's message to the audiences, I love my job. Being a critic responsibility lies on my shoulders to point out the flaws and shortcomings of the play be it on writer's , performers or director's end . I did my Masters in English Literature and Linguistics .
All posts byRameeza Nasim