Ek Jhoota Lafz Mohabbat Ep-19 Review: Aleeza is living on her own

Saad has realized that Areesha has used him 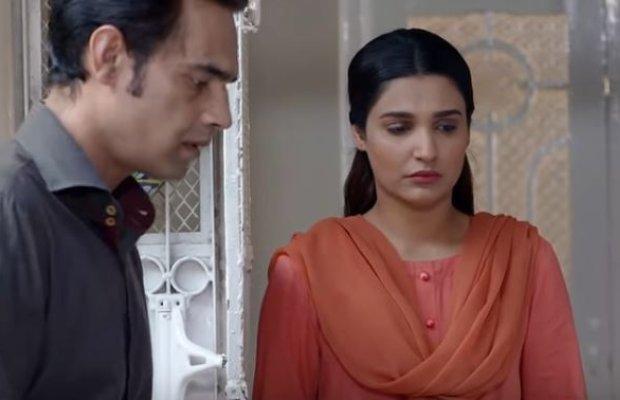 EK Jhoota Lafz Mohabbat the drama serial airing at Express TV has a very problematic narrative. With this toxic and disturbing theme, the performances are quite good. In the previous episode, we have seen that Phupho throws Aleeza out of the house and then Maaz leaves her at her father’s house. In this episode, it is shown that Aleeza is living on her own.

Areesha has started showing her true colors to her Phupho, she has clearly told her that she cannot bear Maria and also that if Phupho has issues with it then she should deal with it herself as she damn cares. Phupho’s eyes have opened by Areesha’s attitude, well this is exactly the kind of behavior Phupho truly deserves.

Aleeza starts living at her father’s house and she is broken. Saad is trying his best to help her out but she is avoiding him even neighbors have started noticing Saad and they started making stories about it. Aleeza has made one of the toughest decisions, she decided to bring her mother back home despite Doctor’s warning that it can be very risky. She has made up her mind that she will take the best care of her mother. Aleeza receives an official paper by post is it a divorce notice or what is it? it does not seem that Maaz has sent any or is it Areesha who has sent that notice on her own by doing forgery.

Areesha is so shrewd that she is after Maaz to divorce Aleeza. It is shown that Maaz is also not happy as he kind of misses Aleeza. Areesha once again has used Saad to demean Aleeza in front of Maaz’s eyes but it seems that she has not succeeded in doing that. In fact, Saad has also realized that Areesha has used him and Areesha’s reality has fully revealed to him. Maaz cares for Aleeza that is why he left some cash for her on the table.

Maria is quite annoyed at her brother’s stupidity she tells her mother that Areesha has told her that she will ban her entry into the house once she will get married. Maria is expecting, after years of their marriage, the couple has seen this happiness. Aleeza has to take care of her mother and she has to live her life on her own. She is going to bring her mother’s medicines from the market when she notices two loafers standing and watching her, she locks the house and goes and those loafers starts following her, it brings chills to our spine, she is all alone and this world is a terrible place.

tweet
Share on FacebookShare on TwitterShare on PinterestShare on Reddit
Rameeza NasimDecember 17, 2021
the authorRameeza Nasim
Rameeza Nasim, a Paralian, passionate about poetry, drama and fiction. By giving drama critiques I feel like I am endorsing the writer's message to the audiences, I love my job. Being a critic responsibility lies on my shoulders to point out the flaws and shortcomings of the play be it on writer's , performers or director's end . I did my Masters in English Literature and Linguistics .
All posts byRameeza Nasim