What a problematic storyline! 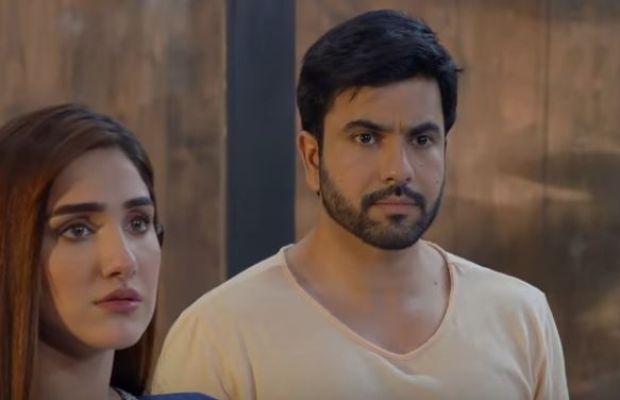 Ek Jhoota Lafz Mohabbat at Express TV is a story with a disturbing narrative. Performances by the cast are exceptionally good. In the previous episode, Aleeza lost her mother and she for the very first time speaks for herself. In this episode, all the efforts done by Phupho go vain and Maaz eventually divorces Aleeza but the reason is that he is being forced by Areesha.

Aleeza for the very first time speaks for herself after her mother’s funeral. She shows everyone the mirror. She shows Areesha her ugly self and also asks her phupho what was her fault why she is treated so badly? Phupho has become super guilty on hearing Aleeza’s questions she is simply speechless but she has made her mind that she will be on Aleeza’s side.

After Areesha and Phupho, Aleeza snubs Maaz badly saying that he is her biggest culprit. He has never ever tried to carry their relationship. He who claims to be her best friend never tried to understand her. He rejects her love and since now he has made up her mind to marry her sister Areesha then why he is not divorcing her? Aleeza shouts and demands her to divorce her but Maaz does not divorce her.

Phupho begs forgiveness from Aleeza and requests her to come along with her in her house. Aleeza cannot say no after her Phupho’s humble request she come to her place with her. Well coming back is okay but then insisting to stay at Maaz’s room is a bit stretched. Areesha starts forcing Maaz to divorce Aleeza and if he will divorce her she will leave the house. Eventually, Maaz divorces Aleeza! This is the worst we have seen! Phupho slaps hard on Maaz’s face telling him that he has chosen coal over a diamond! She further says that she will live with her as Phupho is still alive. What a problematic storyline!

tweet
Share on FacebookShare on TwitterShare on PinterestShare on Reddit
Rameeza NasimJanuary 19, 2022
the authorRameeza Nasim
Rameeza Nasim, a Paralian, passionate about poetry, drama and fiction. By giving drama critiques I feel like I am endorsing the writer's message to the audiences, I love my job. Being a critic responsibility lies on my shoulders to point out the flaws and shortcomings of the play be it on writer's , performers or director's end . I did my Masters in English Literature and Linguistics .
All posts byRameeza Nasim