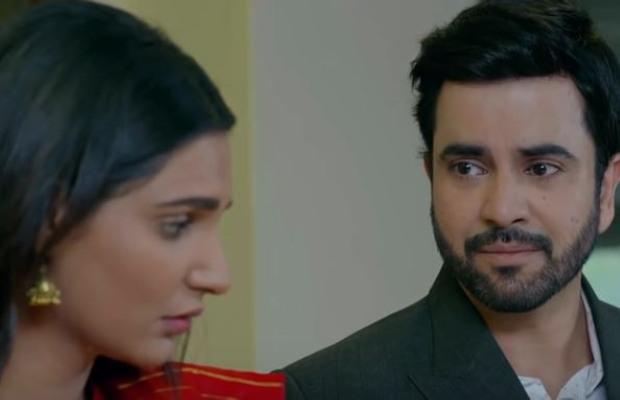 Express TV’s drama serial with a problematic theme finally comes to an end. Performances in this serial are good but writing and execution are poorly done. The end is a very typical one where good ones are rewarded and evil one gets punished. Despite poetic justice being served the play fails to create an impact it seems like I am reading any run-of-the-mill digest story.

As I have predicted in the previous episode review that it seems that Maaz is cooking something as Aleeza’s surprisingly super happy demeanor tells a different story and we are not wrong. Maaz has not divorced Aleeza in fact he is playing with Areesha and he is all set to avenge her for her betrayal. So from all the time since Areesha has returned back Maaz is just plotting his revenge!

Areesha has found a new boy who surprises her with a sudden proposal on which Areesha instantly agrees and they plan to have their Nikkah the next day. It seems that this boy is too planted by Maaz. The boy surprises Areesha by introducing him to Maaz as his best friend. Areesha is shocked to see Maaz there and she has left with no excuse to put forward but still, she is so shameless that she tries to convince Maaz but she is rewarded by a tight slap from him.

Maaz says that he has avenged her betrayal, he says that he has never forgotten the way she has insulted his love for her. Areesha is so vile that she still has the audacity to confront him. He tells her that he has not divorced Aleeza in fact in her he has found his true love. Areesha standing on a street helplessly when she gets mugged. The mugging scene is so poorly executed and then she has met an accident and gets severely injured. If Maaz is plotting all this time then why he has gone too far to hurt her pregnant sister which ends up her losing her baby? What a pathetic show! Anyways play ends on a positive note where the evil one is gotten punished by Nature too. Maaz and Aleeza are eventually happily united.

tweet
Share on FacebookShare on TwitterShare on PinterestShare on Reddit
Rameeza NasimFebruary 2, 2022
the authorRameeza Nasim
Rameeza Nasim, a Paralian, passionate about poetry, drama and fiction. By giving drama critiques I feel like I am endorsing the writer's message to the audiences, I love my job. Being a critic responsibility lies on my shoulders to point out the flaws and shortcomings of the play be it on writer's , performers or director's end . I did my Masters in English Literature and Linguistics .
All posts byRameeza Nasim