First teaser of Ishq Tamasha is out! And Junaid Khan looks intense!

Junaid Khan is a favorite and he looks absolutely brilliant! 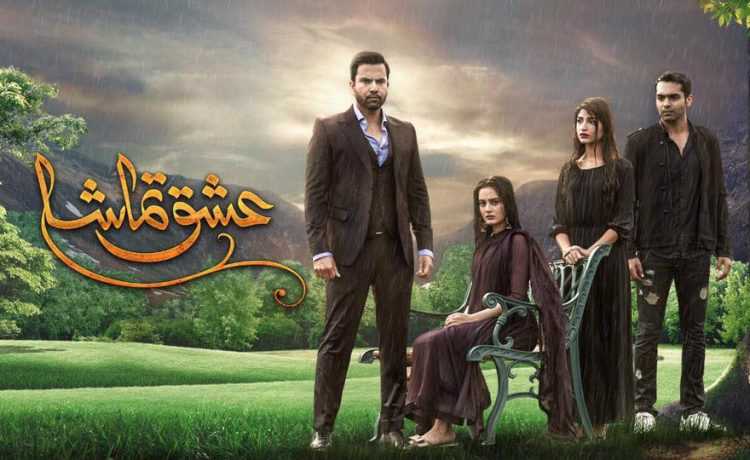 The makers of the upcoming drama serial Ishq Tamasha have released its first teaser featuring the drama’s main lead Junaid Khan and Aiman. The teaser gives us an inkling about the upcoming serial which appears to be an intense love story. The first 30 seconds teaser depicts a intriguing yet romantic scene which sets the basic theme of the drama is love.

Read More : Danish Nawaz gears up for his next directorial venture on HUM TV with Junaid and Aimen Khan!

Aiman Khan is shown in the teaser as a beautiful bride who is running in the heavy rain and knocking on a closed door. Its seems Junaid Khan is chasing her in her luxurious car. But contrary to our idea  the fully drenched bride run towards the hero and she  holds him right from the collar of his shirt. She then tries to move away from him but he holds her hand and brings her closer. We also hear a beautiful and interesting Urdu poetic verse being played in the playground which again gives us  some idea of the story line.

Ishq Tamasha is written by  Misbah Noreen  and it is directed by Danish Nawaz, The drama stars  Juniad Khan, Aiman Khan, Kinza Hashmi, Faizan Khawaja and Furqan Qureshi in prominent  roles. Setting our interest high, Ishq Tamasha will start airing on HUM TV this February and has us already intrigued to its story line.

tweet
Share on FacebookShare on TwitterShare on PinterestShare on Reddit
Rameeza NasimFebruary 15, 2018
the authorRameeza Nasim
Rameeza Nasim, a Paralian, passionate about poetry, drama and fiction. By giving drama critiques I feel like I am endorsing the writer's message to the audiences, I love my job. Being a critic responsibility lies on my shoulders to point out the flaws and shortcomings of the play be it on writer's , performers or director's end . I did my Masters in English Literature and Linguistics .
All posts byRameeza Nasim