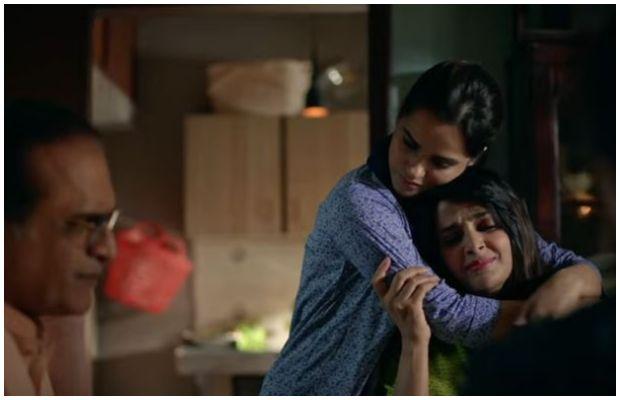 Ary Digital’s drama serial Fraud is going strong with its unique and modern narrative, the story is beyond typical Saas Bahu serials. Performances are simply outstanding. In the previous episode, we have seen that Maila rejects Talal’s proposal. In this episode, it is shown that Maya and Talal somehow manage to make Maila agree. Shirjeel and Co, on the other hand, go a step ahead and they say yes to Rehana’s family and also demand an early wedding date.

The previous episode of Fraud was quite disappointing where Nisaar Sahab and Maila both behaved very inappropriately with Talal rejecting his proposal. In this episode it is shown that Talal has not given up he is insisting on Maila and it seems that he has managed to make her agree to marry him. Although it makes us feel that Talal may have a flip side when he grabs Maila’s arm.

In the episode, we get to see more glimpses of Shaan and his daughter. Well at a few points I agree with Shaan’s ex-wife but she turns out to be a horrible mother. She clearly knows the reality of Shaan’s stepmother and sister, but still, she has left her daughter at their mercy. Shaan’s stepmother is treating the child very badly she use to hit her casually and the saddest part is that when the poor daughter complains to her father he did not believe her.

Shirjeel and his group are all set to go to Rehana’s father’s haveli with his proposal. Well, Shirjeel and his pseudo-parents were not appearing as convincing landlords as they should be. Plus in Chaudhry’s households, no one brings the girl in front of the boy like that mostly chaudries are conservative people. Anyways they planned to say yes so according to their plan they happily agreed when they see Rehana and demands an early wedding date. Poor Rehana is over the moon to hear that she has been chosen and besides that, she cannot believe her fate that she gets such a handsome groom. Our heart goes out to poor Rehana may she get saved from their fraud.

Maya is also the one who makes Maila and particularly her father agree for accepting Talal’s proposal. She is the voice of the reason when Nisaar Sahab is behaving so oddly she is the one who tells her father not to ruin Maila’s only chance of happiness for her, maybe something great is written for her and she says she will get it when her time will come. It is so good to see such a cordial sisterhood, their bond is so beautiful it is unlike that sister rivalry we get to see in every other serial which makes things look so ugly.

tweet
Share on FacebookShare on TwitterShare on PinterestShare on Reddit
Rameeza NasimJuly 31, 2022
the authorRameeza Nasim
Rameeza Nasim, a Paralian, passionate about poetry, drama and fiction. By giving drama critiques I feel like I am endorsing the writer's message to the audiences, I love my job. Being a critic responsibility lies on my shoulders to point out the flaws and shortcomings of the play be it on writer's , performers or director's end . I did my Masters in English Literature and Linguistics .
All posts byRameeza Nasim