Fraud Episode-4 Review: Tabraiz and his family is trapping Maya in their scheme of fraud

Maya's mother in law asks Maya for all her jewellery 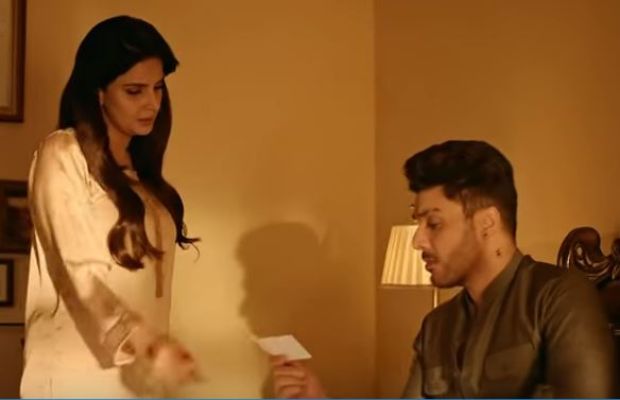 ARY Digital drama serial Fraud starring Saba Qamar is getting strong and intriguing as the story proceeds. The performances are really good and the story is very engaging. In the previous episode, we have seen Tabraiz marrying Maya in a very hasty manner. In this episode, it is shown that Tabraiz’s family is eventually looting Maya’s money and jewelry but in a very cunning way Maya is getting trapped in a fraud scheme.

Well, much of the story is already revealed in the promos and trailers, we all know that this story revolves around fraud, and through the trailer, we have seen that Tabraiz is going to be part of that fraud. If it would not have revealed through the trailer and promos we would have enjoyed the story more as the events unfold at their own pace. Now we almost have an idea of what is going to happen.

There are already many red flags showing with Tabraiz’s family but Maya’s father is naive enough to see them or maybe their wealth has blinded him to the extent that he does not think rationally. The foremost issue with them is that if they are that super-rich then why they have gone for such a simple wedding with such a limited number of guests?

Secondly, no one in the Tabraiz family seems interested in Valima’s function and Maya has sensed that. Maya’s mother-in-law by trick asks Maya to give her all her gold jewelry so that she can put it in her locker for safety. Maya’s frequent reference to Valima is being ignored as they have not planned any Valima. Tabraiz also by trick creates a fake drama that he needs money and takes Maya’s 20 Lacs which her parents have given her in fact she has willingly given it to her husband not realizing that if they are really that rich then this money is literally peanuts to them.

Tabraiz’s family creates a whole drama over a fake relative’s death and they flew off the scene and leave the newly wedded Maya at her father’s place saying that it is not in their family’s custom to take newly wed brides to the funerals. This itself is a big red flag. Well, Maya and her parents start sensing that something is fishy when 15 days have passed by and there is no sign of Tabraiz and his family coming back. Maya’s father has no idea that he has met one of the biggest online scams and made the biggest mistake to refuse Nael’s honest and pure intentions toward his daughter. Will Nael support Maya in such a situation as we have seen his hatred and anger towards his Mamoo?

tweet
Share on FacebookShare on TwitterShare on PinterestShare on Reddit
Rameeza NasimJune 6, 2022
the authorRameeza Nasim
Rameeza Nasim, a Paralian, passionate about poetry, drama and fiction. By giving drama critiques I feel like I am endorsing the writer's message to the audiences, I love my job. Being a critic responsibility lies on my shoulders to point out the flaws and shortcomings of the play be it on writer's , performers or director's end . I did my Masters in English Literature and Linguistics .
All posts byRameeza Nasim