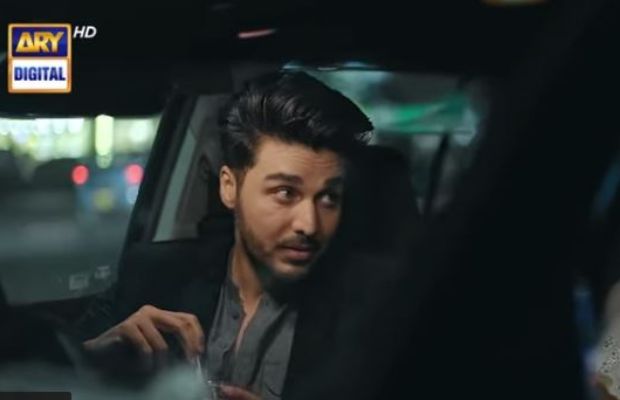 Fraud the ARY Digital drama serial is getting stronger as the story unfolds, had it been a surprise for us we would have liked it more. But now we all had the idea of what going to happen, so it was an expected event. In the previous episode, we have seen that Tabraiz’s family has trapped Maya in their fraud scheme. In this episode, there is no sign of Tabraiz’s family their fraud is revealed by Police to Maya’s father.

Tabraiz and his family have fleed off from the scene. He is now not even receiving Maya’s calls. Maya’s sixth sense is telling her that there is something wrong but never she has realized that she has become a victim of fraud! She is worrying that something terrible might has happened with Tabraiz but she is not realizing that they have looted all her jewellery and money.

Maya’s father is naive enough to realize the reality of Tabraiz’s family. He should have sensed it when weeks have passed by and they have not contacted him or Maya. Secondly when he has been to their office and he has met the real Khawar sahab then he should have realized that they were frauds but no he is continuously giving them benefit of doubt.

The height of Maya’s father’s blindness is that when they visit Tabraiz’s house and it is revealed to them that this house is open for rent for shootings and is owned by someone else. Maya has seen all this with her eyes and she should have been alarmed by now. Maya should have told Tabraiz has taken all the money and jewellery at least to her sister but it seems as if she has forgotten about her jewellery and money. We are still wondering how will Shaan’s track is going to be linked with Maya’s?

Maya’s father is naive enough that he is still giving them the benefit of doubt even after knowing about their house. It is Nael who tells him to report to Police. He goes there and reports for a missing person but when the Police inspector sees his snap, he reveals his true fraudulent identity in front of him telling him that half of Pakistan Police is after him. It is still hard to believe for Maya’s father that Khawar’s family is a fraud. The Policeman raised a very valid question saying why haven’t you realized that a filthy rich family will go after a middle-class family and that too on Internet? Maya’s father should have given it a thought. Great messaging!

tweet
Share on FacebookShare on TwitterShare on PinterestShare on Reddit
Rameeza NasimJune 13, 2022
the authorRameeza Nasim
Rameeza Nasim, a Paralian, passionate about poetry, drama and fiction. By giving drama critiques I feel like I am endorsing the writer's message to the audiences, I love my job. Being a critic responsibility lies on my shoulders to point out the flaws and shortcomings of the play be it on writer's , performers or director's end . I did my Masters in English Literature and Linguistics .
All posts byRameeza Nasim