Shirjeel splits from his group 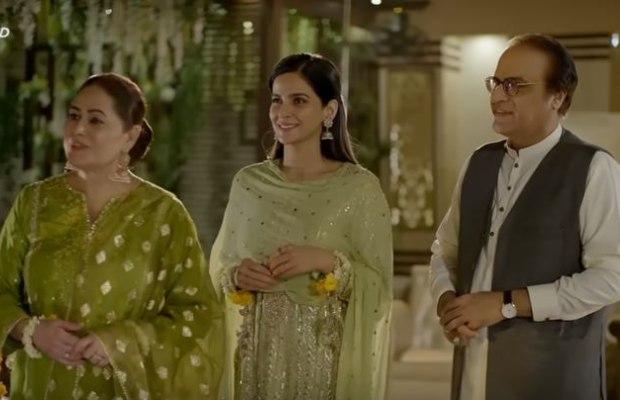 Ary Digital’s drama serial Fraud is one of the strongest Weekend Watch. The play is quite slow-paced but we really love the modern and unique story premises. Performances are simply brilliant. In the previous episode, we have seen that Maila gets engaged with Talal and Shirjeel marries Rehana. In this episode, it is shown that Shirjeel leaves Rehana after looting her money and property.

Poor Rehana and her father get the biggest shock of their life when Rehana comes to know that she has been divorced, it seems like this is what is written on the note. After a little investigation, Rehana’s father comes to know that they have been scammed. Well had they investigated a little more before they would have been saved from this fraud. It seems they have called themselves these frauds.

Before leaving Rehana Shirjeel also parted ways with his group. He has a serious argument with his group on money distribution. Shirjeel is expected to get lion’s share but Khawar is of the view that all will get an equal amount. Shirjeel tore the cheque in front of him and left. Maybe this split going to lead to their devastation. We wish to see them behind bars.

Maila is getting married, she is busy with her wedding preparations but her mother is not letting Maya involve in any of Maila’s activities. The main reason for this behavior is that she is fearing that God forbid nothing bad going to happen with Maila as Maya is a divorcee her participation in the rituals can be an ill omen for the bride. This seems quite a dated idea. Well, Talal’s mother has a similar view about own self as she is a widow but she is more than happy for Maya to do the Rasm. Strange and confusing. Fortunately, Nisaar Sahab intervened and Maya offers her sister’s Rasm but no one asked Talal’s mother to perform the Rasm.

Shaan’s track is moving ahead at a fast pace. His newly appointed secretary is going too fast. Her moves and advances are literally quite creepy that even Shaan at times is not feeling comfortable but she has successfully honey-trapped him. She has gone to his house and meets Zimal and moreover, she clearly tells him that she is ready to marry him and that she can fully take care of Zimal. Well, Maria, herself seems planted and she is doing all this on a purpose one feels sorry for poor Shaan who will once again be left heartbroken.

tweet
Share on FacebookShare on TwitterShare on PinterestShare on Reddit
Rameeza NasimAugust 14, 2022
the authorRameeza Nasim
Rameeza Nasim, a Paralian, passionate about poetry, drama and fiction. By giving drama critiques I feel like I am endorsing the writer's message to the audiences, I love my job. Being a critic responsibility lies on my shoulders to point out the flaws and shortcomings of the play be it on writer's , performers or director's end . I did my Masters in English Literature and Linguistics .
All posts byRameeza Nasim