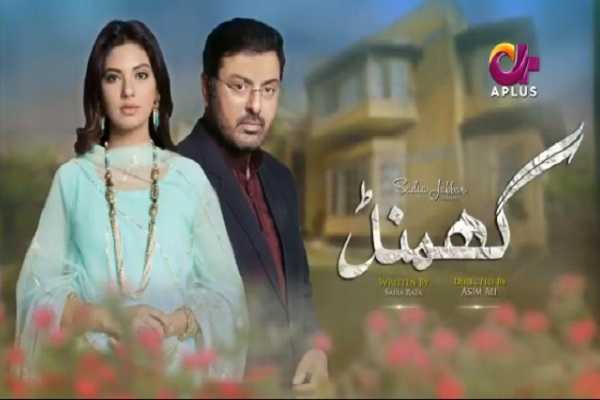 Ghamand is one of those dramas that has held its audience interest through entire episode because of interesting and unique plot. The drama stars the much acclaimed on-screen couple of Noman Aijaz and Sunita Marshall and the story has now come to the point we all have been waiting for.

In this episode, we have seen a different face of Shaheena; selfish and egoistic. The entire episode revolves around the matter of Shaheena and Maqsood’s baby and her inability to give birth to a child.  Shaheena is upset and disturbed because of the fact that she cannot conceive while Maqsood doesn’t care at all, he is happy with the lifestyle he has got due to this marriage.

Things get interesting when Shaheena’s friend gives her advice to adopt a baby, at first she seems reluctant but later she happily agrees but Maqsood and the entire family doesn’t agree for adoption. Her sister in law then suggests her to adopt someone from the immediate family; Shaheena asks Maqsood’s sister to let her adopt her daughter and offers property against the proposa; but she doesn’t agree. Later Shaheena tries to convince her sister in law that she wants to adopt her son but she gets really furious after hearing all this, even her father isn’t in favor of her demand.

Shaheena gets really distressed so her father convinces his servant whose wife is expecting to adopt their baby and that he will pay for the baby. Shaheena feels a ray of hope inside her but Maqsood’s family doesn’t want this to happen anyway!

The drama has become really intriguing and we are waiting to find out how the family will react once she adopts the baby! Also, what if they get to know that Maqsood already has a daughter?

To find out, what happens next, keep watching Ghamand every Friday 8pm on APlus TV