This one drama hooked us with a mere teaser 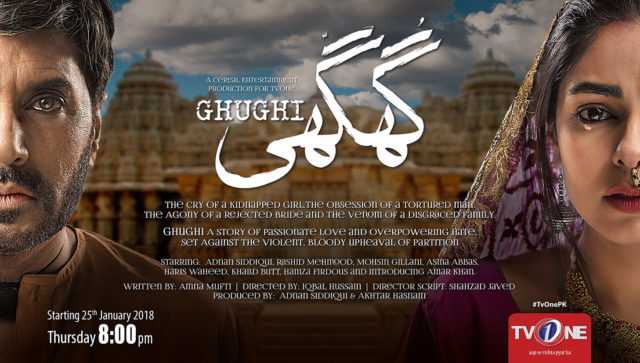 20th Episode of this amazing and beautiful drama serial ” Ghughi” which depicts true colors and culture of our beautiful Punjab  aired yesterday. Set in pre Partition era , the play stressed on the aspect of humanity which is greater than any religion. What I’d really like to add here is the fact that I happened to watch Ghughi, just because I was brilliantly impressed by its latest teaser. Something in it, just moved me to watch what was up and I sat through 19 episodes straight.

Beautifully penned by Amna Mufti and under the brilliant direction of Iqbal Hussain, the play exhibits some of the real brilliant performances by Amar Khan, Adnan Siddiqui and Hamza Firdous.

The latest episode beings when Taek Chand comes to take Nikki. Taek Chand is not yet out of that trauma and he is still carrying this forced relationship for the sake of his own sister. Dev Chand on the other side seems like the mastermind who knows how to work things out in difficult situations. He forces Taek Chand through his father to take Nikki. Nikki’s madness on the other hand seems like a strong reaction of the oppression she faced. Nikki and her thoughts, her hate for all men all carries an underlying message.

We have been utterly impressed by the growth Hamza Firdous has shown in his character as Taek Chand. If we recall Tipu from O Rangreza, where Firdous played a rather disturbing character, Taek Chand is entirely different, not only in his demeanor and attitude but also with an overall sense of collectedness and maturity about him. The variations in his character, have certainly provided Hamza Firdous with a margin for performances and he has truly delivered.

Moving on, the role of  honest and dutiful Police Inspector is very positive and the dialogues he delivered about humanity and religion gave us all food of thought. They way he procured the child and defended every argument of the Panchaet is commendable and eventually because he won his argument, Nimmo became lucky enough to get her child back.

Sukh Chund and his obsession with Congress affairs have  ruined his own marital relationship, Preeto is  not happy with him. I think being occupied in political activities of Congress is not the only reason of their failed marriage, somewhere Nikki  is also responsible for their ruined relationship and since now Nikki has refused to go with Taek Chand, it is shown that Sukh Chand too  has no intentions of bringing  Preeto back. 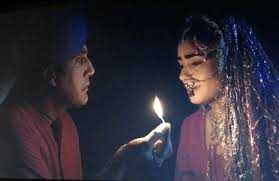 Another interesting character of the play Phaabo, mother of Rasheed , her character is portrayed so beautifully she is indeed a prototype of a Punjabi Woman. She asks Nimmo to visit with her a Baba who resides in Saandaywaal  the village where Nimmo’s family lives. It disturbs Nimmo but she agrees to go with Rasheed’s mother  to Sandaywaal. Is Rasheed’s mother plotting  this visit for a purpose or is it  just coincidence that the Baba lives in the same village? Will Rasheed and Nimmo will face any problem from the Hindu community of the village regarding the child custody ? Where will Nikki’s madness lead to and how will Taek Chand handle matters now? Will  Sukh Chund be able to restore his trust on his family and Preeto ? You’ll have to watch the drama to find out more.

If you talk about the acting then perhaps Ghughi is one drama ladden with fine performances and perfect detailing. Not only do u fall in love with the backdrop of Punjab, you’ll be impressed at how each and every detail has been kept in mind since a period has been depicted. Iqbal Hussain as the director is just brilliant. Amar Khan and Adnan Siddiqui need to praise because they’re absolutely best. But what is amazing about Ghughi is the fine performances delivered by each of its pivotal characters. All in all, this one drama is high on not only emotions but some brilliant performances as well.

tweet
Share on FacebookShare on TwitterShare on PinterestShare on Reddit
Rameeza NasimJune 9, 2018
the authorRameeza Nasim
Rameeza Nasim, a Paralian, passionate about poetry, drama and fiction. By giving drama critiques I feel like I am endorsing the writer's message to the audiences, I love my job. Being a critic responsibility lies on my shoulders to point out the flaws and shortcomings of the play be it on writer's , performers or director's end . I did my Masters in English Literature and Linguistics .
All posts byRameeza Nasim