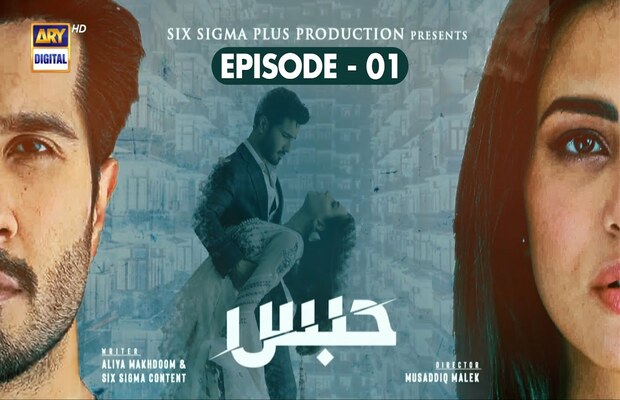 ARY Digital’s newly started drama serial Habs starring Feroze Khan and Ushna Shah in the leading roles seems an intense take on betrayal and trust issues. Feroze Khan and Ushna Shah are teaming together as an onscreen couple and it also has Ayesha Omer as the second lead. The story is penned down by writer Aliya Makhdoom and it is directed by Musaddiq Malek under the banner of Six Sigma productions.

The male protagonist played by Feroze Khan (Basit) comes from a broken family. He is averse to marriages. He lost his father, his father’s last wish is to forgive his mother, and his ex-wife so that he has someone in his life but Feroze is not ready to forgive and forget that betrayal his father and he as a child faced. Not only that he is not just ready to trust any other woman in his life. And this is the reason why he does not believe in marriages.

Bano is in love with a guy Talal who desperately wants to marry her but Bano’s mother is not ready to marry her. She allows Bano to marry only on one condition Ayesha has to give up all her dreams of further studies and she should find a job immediately then only she will let her marry. We see Ayesha going through the struggles of finding a decent job at one place she faces harassment. Well, that scene of smashing the interviewer’s mobile is quite exaggerated.

Veteran Actor Javed Sheikh is playing the character of Feroze Khan’s (Basit) father. Who has left a will which says that he will entitle to all his property only if he gets married! Well wondering that he will come across Ayesha and will marry her in haste or he will really fell in love with her? Let’s see. Interesting story line.

tweet
Share on FacebookShare on TwitterShare on PinterestShare on Reddit
Rameeza NasimMay 11, 2022
the authorRameeza Nasim
Rameeza Nasim, a Paralian, passionate about poetry, drama and fiction. By giving drama critiques I feel like I am endorsing the writer's message to the audiences, I love my job. Being a critic responsibility lies on my shoulders to point out the flaws and shortcomings of the play be it on writer's , performers or director's end . I did my Masters in English Literature and Linguistics .
All posts byRameeza Nasim