Basit is not giving his full to this relationship 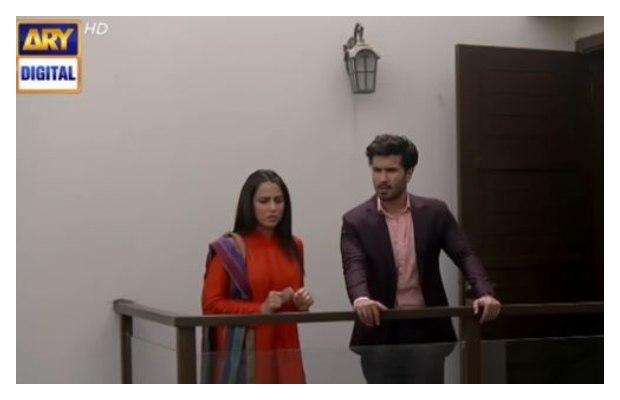 Ary Digital’s drama serial Habs comes up with its double episodes this week. Last week it was not aired due to Ashura. The story is slow paced but we love the way it goes smoothly. Performances are on point. In the previous episode we have seen that Basit seems smitten by his wife Ayesha. In this episode it is shown that Basit is not giving his full to this relationship and Ayesha has now fed up carrying this empty relationship.

Basit in the previous episode seems that he has been smitten by Ayesha. However, this has not brought any change in his attitude towards her. He is still not giving his full to this relationship. The way he looks at Ayesha speaks volumes about his feelings towards her but that is it. Basit does not go beyond this.

Basit’s best friend invites Basit and Ayesha for the dinner in honor of their wedding. However, Basit does not even care to attend that dinner he instead calls a meeting. Ayesha feels so odd being alone eating with his friend. Basit is not giving Ayesha her rights as a wife. He even sleeps a different room but when Ayesha says that it will raise concerns to their relation, so he sleeps with her in the same room but there is no such relationship between them.

Ayesha’s mother is going well. She asks Basit a favor to appoint Bano to his office. Basit agrees to sort this matter out. Although Bano is not happy with her mother to ask for this favor nor Ayesha is happy. Ayesha tells Bano about Zoya stealing the money. Zoya is just like her mother she is not a bit ashamed of her conduct in fact she is justifying it. She is resolute that she will marry Amir no matter what happens.

Ayesha convinces her mother to meet Amir’s parents but they turned to be a huge disappointment when their mother shamelessly starts demanding a huge list of dowry. Basit gives them a befitting reply. Amir and his family leave the place saying that Basit has insulted them. Zoya loses her cool and created a scene. Well, Ayesha on the other hand has been fed up with this superficial relationship of her with Basit. She tells Basit to divorce her on which Basit loses his cool and he is about to hit her. Ayesha is not going to forget that Basit is about to hit her. She does not want to live with him but her mother makes her go with Basit. If Basit really likes Ayesha he has to put some effort into their relationship and he has to take care of Ayesha’s rights as a wife.

tweet
Share on FacebookShare on TwitterShare on PinterestShare on Reddit
Rameeza NasimAugust 17, 2022
the authorRameeza Nasim
Rameeza Nasim, a Paralian, passionate about poetry, drama and fiction. By giving drama critiques I feel like I am endorsing the writer's message to the audiences, I love my job. Being a critic responsibility lies on my shoulders to point out the flaws and shortcomings of the play be it on writer's , performers or director's end . I did my Masters in English Literature and Linguistics .
All posts byRameeza Nasim