Habs Episode-16 Review: Basit is in remorse after losing his mother

Fahad and Bano finally gets introduced 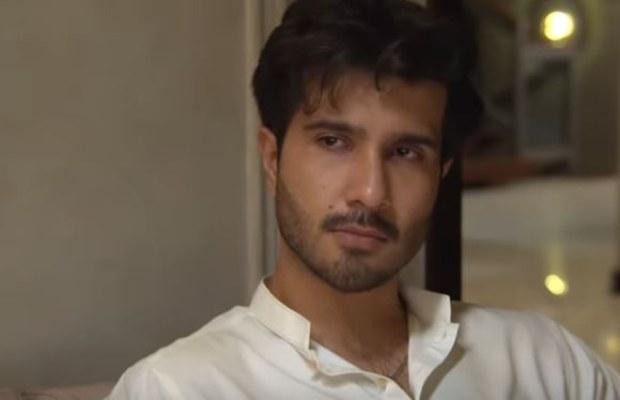 Habs Episode-16 Review – Habs the ARY Digital drama serial is one of our favorite Prime Time Watch. The story has taken quite a tragic turn with Basit’s mother’s sudden death. Performances are brilliant particularly Mussadiq Malik and Dania Anwer’s chemistry looks cracking besides Feroze Khan and Ushna Shah’s. In the previous episode, Basit insults his mother badly in front of his friends. In this episode, it is shown that Basit’s mother suddenly dies leaving behind Basit in extreme grief and remorse.

Basit’s reaction is quite absurd when he gets to know that his mother is hospitalized. It seems that he is shocked and worried but he does not seem that much concerned. He tells Fahad to take care of all the matters and he himself does not pay any visit to the hospital. Ayesha is hurt to see Basit’s heartlessness. She herself lies about Basit with his mother that he is stuck in the office which is why he could not meet her.

Zoya’s proposal has been accepted and her mother is super happy to find another wealthy son-in-law totally disregarding the fact that he is double the age of Zoya and he was already married and is the father of a son. Zoya has made up her mind not to marry this person in fact it seems that she is planning to get eloped with her love of life Aamir and it seems that Aamir has also agreed with her plan.

Basit redeems a bit when he asks her mother how is she feeling and also tells her to take good care of herself. It is such a good scene when she replies “Tum ne poocha hay tu achi hi hongi”. She is so heartbroken that she dies after reading Basit’s cards and letters he has written as a child to her. Basit sees her lying dead and it is such a heartbreaking scene. Sadia certainly does not deserve this as we have seen that it is Basit’s father who forced her to leave little Basit so how could Basit blame her mother when he had listened to their conversations?

Basit’s mother’s untimely death has left Basit in extreme grief and remorse. He is badly regretting his conduct with his mother and he is also blaming himself for her death. Ayesha is always there at his side and she is trying to help him out in difficult times. Well, one of the best scenes is when Bano is introduced to Fahad and he kinda seems smitten. We are rooting for Bano and Fahad as well besides rooting for Ayesha and Basit.

tweet
Share on FacebookShare on TwitterShare on PinterestShare on Reddit
Rameeza NasimAugust 31, 2022
the authorRameeza Nasim
Rameeza Nasim, a Paralian, passionate about poetry, drama and fiction. By giving drama critiques I feel like I am endorsing the writer's message to the audiences, I love my job. Being a critic responsibility lies on my shoulders to point out the flaws and shortcomings of the play be it on writer's , performers or director's end . I did my Masters in English Literature and Linguistics .
All posts byRameeza Nasim