Haiwaan Episode 19 and 20 review: Hameed is in trouble as Momina files an FIR against him 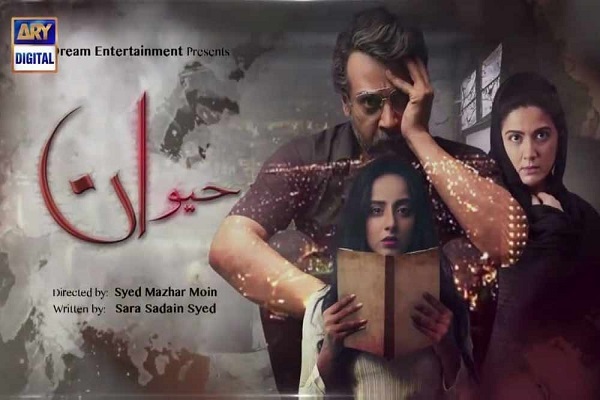 Haiwaan’s  new dual episodes on ARY aired last week and it seems like drama is now moving towards its climax. Hameed and family particularly his wife Amna are in the most miserable state. The guilt of committing such a heinous sin is eating up Hameed and the way this intense story of pain, loss, grief, crime,guilt and regret is written, the writer Sara Sadain Shah deserve all praises and also the director Mazhar Moin for brilliant execution.

It is shown that both Hameed and his wife are having a miserable time. Hameed is under the burden of an extreme guilt where he had committed such a huge sin under the influence of alcohol. After he committed that sin he has never been in peace for a single moment, he seeks repentance from Allah when he himself knows that he needs to admit his sin and needs to beg forgiveness from Azra and for that he has no courage as he knows the outcomes and consequences of it.

Momina is devastated as her husband has abandoned her and has taken the custody of her daughter. Secondly FIR of Azra has been considered as void as Maan has proved that Azra’s mental condition is not sound so she cannot carry such legal proceedings. The case is almost closed but Momina with the help of her neighbors files a second FIR against her father in law and also demands her mother in law statement on the matter as according to her she is the chief witness when Hameed is confessing his sin to her. Furthermore Momina also sends court notice to Maan for her daughter’s custody.

Maan on the other hand is protecting his family, his parents like any other young responsible son. He is not yet aware of the fact that his own father has committed such a huge sin and that he himself is breaking all promises he made with Momina to protect her and her mother and also that he will go to any extent for getting them justice for Masooma. Maan is so averse of Momina that he is not realizing the fact that she is Masooma’s mother and has all legal rights on having her custody. He is not ready to give his daughter to Momina.

Hameed’s wife Amna on the other hand is in the most miserable condition as she fears for her children’s future but she is also feeling extreme guilt on maintain silencing and unintentionally siding up with the criminal and for standing against Azra and Momina. She maintains the same silence in the police station but the police officer has noticed her nervousness. Well she is so depressed that she cries all the time and one day she literally loose her cool and she madly yells at Javeria for lying about her English test. This scene is followed by another where Hameed misbehaves with her insists her to tell the whole truth to the family on which Azra agrees. Will Azra really be able to reveal Hameed’s ugly reality to her children?! We’re waiting to see how it goes. The second last episode airs this week so stay tuned.

tweet
Share on FacebookShare on TwitterShare on PinterestShare on Reddit
Rameeza NasimDecember 24, 2018
the authorRameeza Nasim
Rameeza Nasim, a Paralian, passionate about poetry, drama and fiction. By giving drama critiques I feel like I am endorsing the writer's message to the audiences, I love my job. Being a critic responsibility lies on my shoulders to point out the flaws and shortcomings of the play be it on writer's , performers or director's end . I did my Masters in English Literature and Linguistics .
All posts byRameeza Nasim