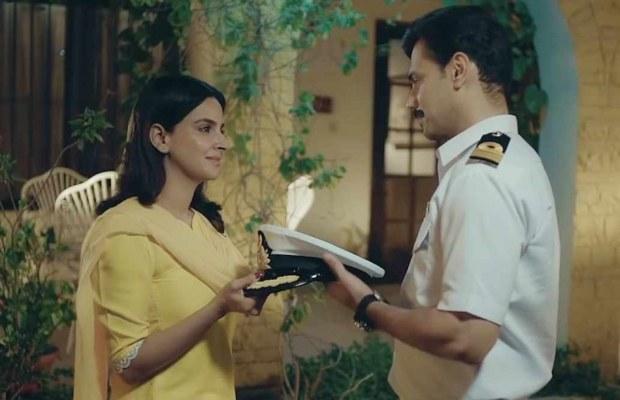 Marking 50 years of Fall of Dhaka, there are so many untold stories of unsung heroes and Hangor is one of them. Before watching this telefilm even I was not aware of this submarine and about its fascinating display of bravery and also about the record it sets in the history of Navy after World War 2 which remained till 1982. With a much smaller fleet than the enemy, our Pakistani Navy has selflessly defended and not just defended also damaged Indian Ships. The telefim is aired at ARY Digital its an IDream productions based on true incident. The ensemble cast includes Zahid Ahmed, Saba Qamar, Affan Waheed, Shehzaad Shaikh, Javaid Shaikh, Dure Fishaan, Haris Waheed, Arez Ahmed, Paras Masror, Adnan Shah Tipu and others.

The telefilm starts with a young Naval officer played by Shehzad Shaikh who is very passionate submariner, he wants to marry a girl Sameera (Durefishaan) who does not want to marry a guy who spends half of his life at sea. However eventually she gets interested in the story of Hangor and researches on it, later she asks the officer to narrates the whole journey of Hangor to her.

PNS Hangor S-131 in 1971 is a Pakistani submarine designed in France. It is lead under the command of Commander Ahmed Tasnim brilliantly played by Zahid Ahmed. It has shown how not just the soldiers but their families also sacrificed for the betterment of our country. Saba Qamar has beautifully played the role of wife of Commander Ahmed Tasneem. She is what an ideal Navy officer’s wife should be like brave and courageous. On Home front she is all hopeful and composed giving others hope. Haris Waheed’s character has left his pregnant wife behind.

A huge shout out to the cinematography, the whole scenes shot actually inside a submarine are simply marvelous. We have seen Commander Ahmed Tasneem and his crew played by Affan Waheed, Arez Khan, Haris Waheed, Hammad and also Paras Masroor and Adnan Shah Tipu as non officer ranks in the crew.It is shown that on the mission as a crew they are equally important.

PNS Hangor despite of all odds, having few technical difficulties too, come out strong and she shot down enemy ships INS Khukri and also damaged INS Kirpan. Indian Navy propagated that they have sunken Hangor but in real Hangor was safe in their waters and with great strategizing, Pak Navy marines dodge the enemy and head towards Bombay, and then Hangor safely manages to get back safe into Pakistani waters. The telefilm has brought tears of pride in our eyes and makes us so emotional. PNS Hangor and its crew returns as Ghazi making a historic naval record!