Zareen (Arij Fatima) has started to face consequences of her wrongdoings 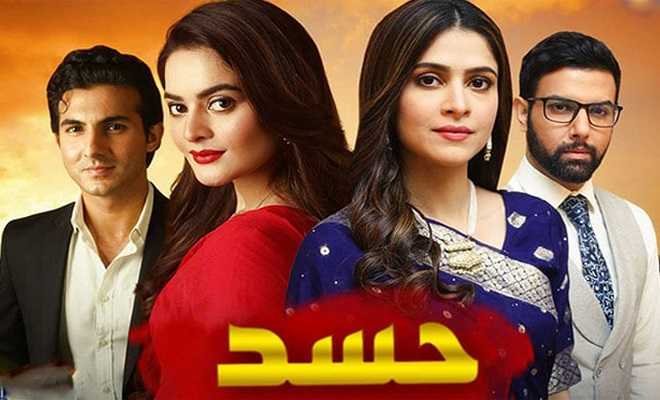 This week’s episodes of Hasad were too satisfactory to watch as an audience who want happy notes. While on one end Zareen (Arij Fatima) has started to face consequences of her wrongdoings, Nain Tara (Minal Khan) is now able to find some peace since her husband’s demise.

After Farhan’s (Noor Hasan) support, Nain Tara has also gotten back her mother in law’s (Saba Faisal) support. It is due to ammi’s support that Nain Tara is finally safe in her own home, whereas Zari has herself left her space to satisfy her ego.

This week also introduced two new characters, while one seems like a good luck charm for Nain Tara, the other is at her case to make things worse for her. One character is Dr Bilal (Arsalan Faisal) who was an old classmate of Nain Tara, and looks like a door to her happiness, and the other is neighbor Erum who is keen to spoil Nain Tara’s peace to avenge her friend Zari.

However, things took an unexpected (or let’s say expected) turn when Nain Tara’s mother in law asks Farhan to marry his brother’s widow. Albeit Farhan has not given an answer to his mother’s command, it is to be seen how things will fold out in future. And most importantly, who will hold Nain Tara’s hand and take her towards happiness.

Apart from the satisfaction that we got from story development, it was downright cringe worthy to see the makers of the drama normalizing physical violence. In earlier episodes as well we saw Farhan raising hand on Zari and while we ignored it as a one off, the reoccurrence of the action made us raise some eyebrows.

As the saying goes, two wrongs do not make a right, and we hope the writers of Hasad do take it into account. If Zari’s envy against Nain Tara is to be condemned, so is Farhan’s repeated physical violence against Zari, his wife.

From next week onwards, we are looking at brighter days for Nain Tara and from the looks of it Zari is submerging in the pothole of her own Hasad.