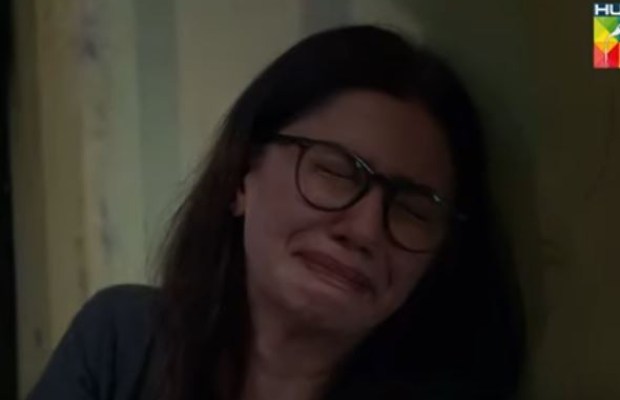 HUM TV drama serial Hum Kahan Kay Sachay Thay is 10 episodes down and the protagonist of the play Mehreen is not less than a damsel in distress and once again Safwaan happens to be the knight in shining armor. In the previous episode, we have seen that Mehreen is arrested for killing Mashal and in this whole episode Mehreen is repeatedly saying that she has not killed her.

Mashal’s suicide portrayal is done with such mastery and with all its sensibility, for that director Farooq Rind deserves all appreciation. Mashal’s suicide is also shown like a mystery sometimes it feels as if she has been murdered. Then Mehreen’s making tea for Mashal and all makes her a bit suspicious but we know that she has not killed Mashal.

Mehreen the damsel in absolute distress is repeatedly telling everyone she meets that she has not killed Mashal. Safwaan appears like a knight in shinning Armor, he is a true gentleman after what Mehreen has done with him still he is the one who believes her and is there to help her out when even her close relatives have not even cared to visit her. Well, Safwaan’s goodness is also belittling our pathetic hero who is so naive that he believes Mehreen has actually killed Mashal.

Mehreen’s repeatedly assurance that she has not killed Mashal has no effect on Aswad he does not believe her but Safwaan blindly trusts her. It is Safwaan who truly deserves Mehreen, Mehreen does not deserve a toxic hero like Aswad. Aswad very rudely pays a visit to her on her mother’s insisting and on top of that he breaks his engagement with her, well it should be Mehreen who should have broken this toxic relationship first. Our heart goes out for poor Mehreen no one is there to help her out except Safwaan.

Well to our surprise Mehreen stops Safwaan from helping her saying that Aswad will help her out, Why Mehreen is letting down Safwaan, she should have shown her more gratitude. It is he who she should marry not Aswad. Mashal’s parents want to hang Mehreen they have decided on their own that Mehreen is the murderer of their daughter. They are not ready to accept the possibility that Mashal has committed suicide. Mashal’s father is using all his sources but he gets so annoyed when he learns that Mehreen is helped by someone very influential they are suspecting that it must be Aswad and Suleha. Will Mehreen be able to get out of this mess?

tweet
Share on FacebookShare on TwitterShare on PinterestShare on Reddit
Rameeza NasimOctober 4, 2021
the authorRameeza Nasim
Rameeza Nasim, a Paralian, passionate about poetry, drama and fiction. By giving drama critiques I feel like I am endorsing the writer's message to the audiences, I love my job. Being a critic responsibility lies on my shoulders to point out the flaws and shortcomings of the play be it on writer's , performers or director's end . I did my Masters in English Literature and Linguistics .
All posts byRameeza Nasim