Sufawaan do not deserves this betrayal 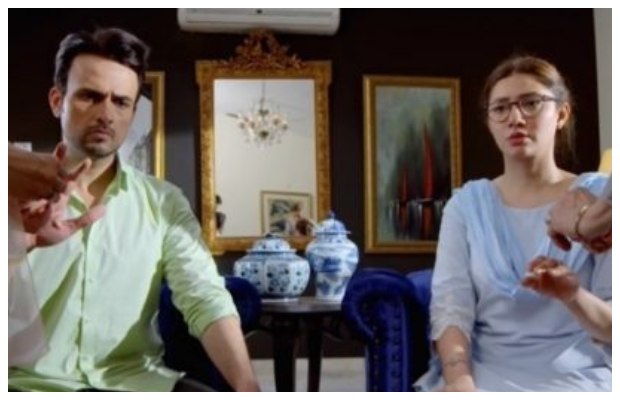 Hum Kahan Kay Sachay Thay airing at HUM TV is quite a typical story of jealousy and hatred with some powerful performances. All major three characters are twisted ones including the protagonist Mehreen, well Mashal and Mehreen’s hatred and jealousy do make sense but Aswad’s dumbness is not at all making any sense. In the previous episode we have seen that he asked Mehreen to reject his proposal and in this episode, we have seen that Mehreen agrees to marry Aswad in spite.

Aswad is one of the dumbest heroes I have ever seen on TV, he cannot read the toxicity clearly written all over Mashal and her mother’s face. Despite Mashal’s mother clearly spewing venom about his mother and later Mashal’s views about his mother which seems that he has listened then why he still wants to marry her? Mashal and Mehreen’s twisted characters are making some sense but then why Aswad is like that he is raised by such a balanced and positive mother then why he is so dumb? The story is not making any sense in some places.

Well, Mehreen plays really well here. When her Khala tells her that Aswad is ready to marry her she agrees to marry him as well. Khala is super happy she calls Mehreen’s mother and they exchanged rings right at the spot and moreover they all four go out for a dinner. Aswad is continuously rejecting Mashal’s call but he is shocked at whatever is happening and he is extremely angry with Mehreen. Poor Safwaan does not deserve this betrayal too.

Mehreen is being shamed by her own best friend for betraying Safwaan. When Mashal slaps Mehreen it is one of the most disturbing scenes. Poor Mehreen has gone through so much that now whatever she is doing she is all justified. Aswad tells Mashal about him marrying Mehreen and also that he cannot refuse his mother’s wish to which Mashal very harshly reacts and she says that if she has to die she will stop marrying him anywhere else. Why can’t Aswad see this harsh attitude of Mashal?

tweet
Share on FacebookShare on TwitterShare on PinterestShare on Reddit
Rameeza NasimSeptember 13, 2021
the authorRameeza Nasim
Rameeza Nasim, a Paralian, passionate about poetry, drama and fiction. By giving drama critiques I feel like I am endorsing the writer's message to the audiences, I love my job. Being a critic responsibility lies on my shoulders to point out the flaws and shortcomings of the play be it on writer's , performers or director's end . I did my Masters in English Literature and Linguistics .
All posts byRameeza Nasim