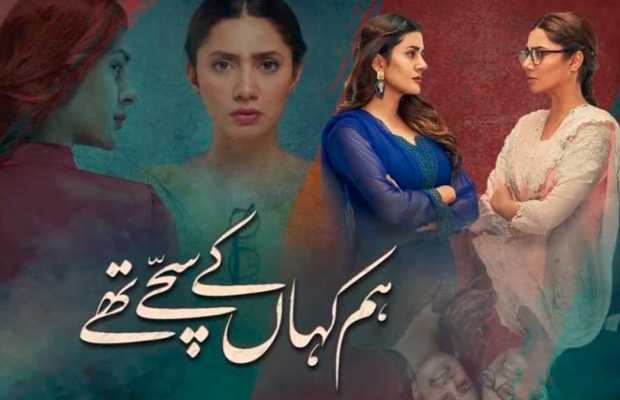 The episode begins with a back story of the three characters where Aswad (Usman Mukhtar) is narrating his side of the story adding more intriguing value to the play. He calls himself a Joker while his cousins dwarf and moreover he blames the parents for making them dwarfs, he blames parents for raising their kids poorly and for turning these angles into dwarfs, and then they remain dwarfs for the rest of their lives. It is quite a thought-provoking start based on the true fact that a person is what his or her upbringing is.

The story begins by showing Aswad and Mehreen as kids, they are Khala zaads. Aswaad likes Mehreen so as everyone for she is nice and well dressed and also intelligent. Whereas Mashal(Kubra Khan) is pole opposite of Mehreen (Mahira Khan) she is careless, untidy, cheats and she is jealous of Mehreen. However we can not solely blame her for hating Mehreen it is her mother’s upbringing, she keeps reminding Mashal that Mehreen is not your friend she is just your cousin. These droplets of slow poisoning have turned into a venom that Mashal is spitting everywhere as an adult.

Mehreen’s life is quite unfortunate, the car and the dresses which her cousin and her Mumani used to envy is her short-lived privileges, her father had gone into a bad company of friends and also he gets into some sort of addiction, as a result, he commits a blunder at his office and lost his job and eventually his life, leaving poor Mehreen alone, her mother remarries. All her past life was a memory now and she is living life at her Nani’s place full of deprivations.

The disparity between Mehreen’s and Mashal’s lifestyles is so heartbreaking. Mashal drives her own car but poor Mehreen has to catch a public bus for the same University where they both study. Mashal goes to the extend of being malicious, she intentionally throws and destroys her inhaler. Poor Mehreen earns her own pocket money by selling online paintings. It seems that Mashal likes Aswad but is he interested in her too? or he is interested in Mehreen? We are really intrigued to know. A fantastic start!

tweet
Share on FacebookShare on TwitterShare on PinterestShare on Reddit
Rameeza NasimAugust 2, 2021
the authorRameeza Nasim
Rameeza Nasim, a Paralian, passionate about poetry, drama and fiction. By giving drama critiques I feel like I am endorsing the writer's message to the audiences, I love my job. Being a critic responsibility lies on my shoulders to point out the flaws and shortcomings of the play be it on writer's , performers or director's end . I did my Masters in English Literature and Linguistics .
All posts byRameeza Nasim