Mehreen is bravely facing the life 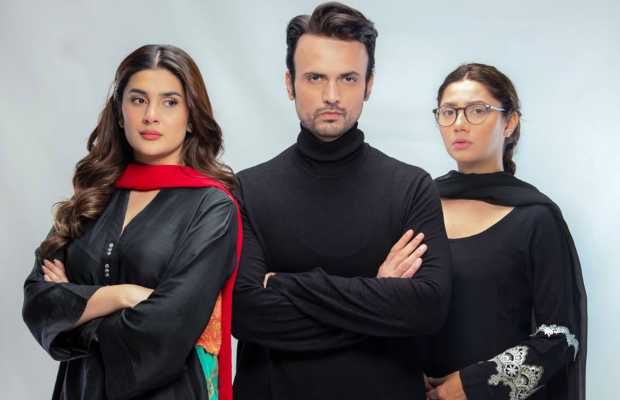 Hum Kahan Kay Sachay Thay the newly started HUM TV serial seems intriguing but a bit depressing at the same time.  Mahira Khan has made a solid comeback on TV screen through this play she beautifully playing her role as Mehreen, a plain Jane but certainly not a helpless girl. In the previous episode we have seen Mehreen, Aswad and Mashal’s childhood glimpses and in this episode we have seen that Mashal is being too close to Aswad through video chatting.

It is shown that Mehreen is deliberately avoiding her mother, she stays at her friend’s place for lunch. Mashal is shown as a hypocrite she behaves in front of her phupho as if she is being very nice and caring towards Mehreen. Mashal is being nice to Mehreen’s step sisters, she is snapping selfies with them and we come to know that the elder step sister has gotten engaged.

Well Nani’s character does not seem realistic, Mahreen is her daughter’s daughter and when she was a child she used to love her when his father was alive and was doing great but after his death she has turned like a stone to her why? Why she has been against Aswad and Mehreen’s marriage? Everyone in the house seems treating Mehreen not less than a servant. No grandmother treats her granddaughter like a trash.

Mehreen’s resentment towards her mother is totally making sense. She despite of avoiding her best not to face her, eventually has to face her with Shabo’s conspiring. She treats her mother like she is nothing, she does not accept any gifts or money from her. She says that she is earning her livelihood by selling online paintings. Mehreen is shown as a plain Jane but she is certainly not a whining and complaining helpless girl, she is bravely facing life. She even does not discusses her genuine problems with her friend which is so strange? in fact she pretends to be have a very loving and caring family.

Aswad and Mashal are getting close to each other through video chatting calls. Mashal is deliberately not sparing any chance to demean Mehreen in front of Aswad. Safeer is Mehreen’s class fellow he wants to marry her but Mehreen says that she is not yet ready for any commitment. Mashal snaps a photo of Safeer sitting with Mehreen and sends it to Aswad. Well despite of Aswad not talking much about Mehreen, it seems that he has a certain fondness for her. The way he says that he gets addicted to Urdu Literature through her seems like Mehreen has some sort of an influence on him. It seems to be an interesting love trio.

tweet
Share on FacebookShare on TwitterShare on PinterestShare on Reddit
Rameeza NasimAugust 9, 2021
the authorRameeza Nasim
Rameeza Nasim, a Paralian, passionate about poetry, drama and fiction. By giving drama critiques I feel like I am endorsing the writer's message to the audiences, I love my job. Being a critic responsibility lies on my shoulders to point out the flaws and shortcomings of the play be it on writer's , performers or director's end . I did my Masters in English Literature and Linguistics .
All posts byRameeza Nasim