Mashal is sucessful in creating differences between Mehreen and Aswad 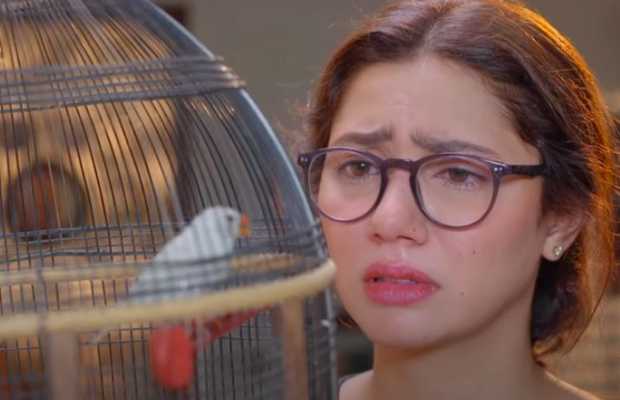 Hum Kahan Kay Sachay Thay the HUM TV drama’s third episode is not much impactful or impressive, the only saving grace of the play is Mahira Khan’s performance as the self-reliant and headstrong Mehreen while there is so much toxicity around her. The script is engaging and intriguing but it is certainly not Umaira Ahmed’s best work. In the previous episodes, we have seen Mehreen avoiding her mother and in this episode, she meets her Khala.

Mashal spares no moment to demean Mehreen in front of Aswad. Aswad has already started disliking Mehreen and she has also intentionally created a distance from him. He does not talk with her on phone. Mehreen visits her khala’s place at least there is someone in the family beside her mother who loves her otherwise there is so much toxicity around her in the house.

This story of jealousy and hatred is not something I am enjoying despite the fact that Mehreen’s character is inspiring so far. The story has a very depressing tone. Mashal even lies about Mehreen that she is a hypocrite and she even hates Aswad’s mother. Well, it seems so dumb of Aswad to only believe the one-sided story of Mashal. It is so heartbreaking to see Aswad accusing poor Mehreen about smoking and having boyfriends. Poor Mehreen has no idea what Aswad is saying but she must have got the inkling that it must be Mashal’s attempt of demeaning her.

Mashal is breaking new heights of her maliciousness, in absence of Mehreen, Mashal sneaks into her room because she is angry at her that why she is staying at Aswad’s mother’s house. She enters into the room and reads her diary where she has written that she only hates Mashal in her life and she is the only person she literally wants to kill. Mashal gets fiery on reading this but despite her anger, hatred, and jealousy and despite enjoying all the luxuries in life she is not happy while Mehreen being so deprived seems quite content except few of his troubled past she is happy with her life.

Mashal kills Mehreen’s favorite pet bird, the bird was Mehreen’s confidant. Mashal brutally kills her. Thank God killing the poor bird nor her dead body is shown on screen. However, Mashal is an absolute evil that is for sure she is not just a grey or twisted character. The heartbreaking scene is when Mehreen finds out about her bird and she gets a panic attack and she badly needs her inhaler. The height of brutality is that Mashal has taken her inhaler and threw it in the bin. Poor Mehreen has no choice but to call Safeer and asks him to bring an inhaler for her.

tweet
Share on FacebookShare on TwitterShare on PinterestShare on Reddit
Rameeza NasimAugust 16, 2021
the authorRameeza Nasim
Rameeza Nasim, a Paralian, passionate about poetry, drama and fiction. By giving drama critiques I feel like I am endorsing the writer's message to the audiences, I love my job. Being a critic responsibility lies on my shoulders to point out the flaws and shortcomings of the play be it on writer's , performers or director's end . I did my Masters in English Literature and Linguistics .
All posts byRameeza Nasim