Aswad is shown too naive to be a hero 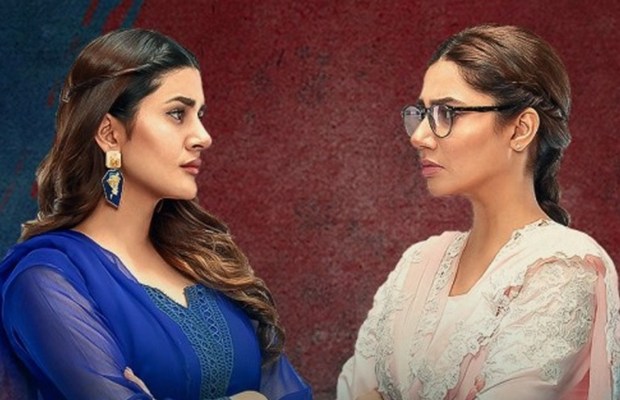 Hum Kahan Kay Sachay Thay HUM TV Weekend Prime Time Watch is what we all look forward to, Mahira Khan and Usman Mukhtar’s impeccable performances are the life of the play. Kubra Khan has also given a brilliant performance. In the previous episode, we have seen spectacular chemistry between Mehreen and Aswad but in this episode, we have seen that despite Mashal’s all toxicity Aswad is falling for Mashal.

The scene opens when Mashal comes into the kitchen and spoils all their conversation. Jealousy and extreme insecurity are what is written all over her face. Aswad and Mehreen’s strong chemistry is still very evident in the scene where Mehreen goes to Khala’s place and Aswad is home alone. They both share some sweet moments Aswad gifts her a beautiful watch and cookies.

Mashal once again like a witch goes to the spot and there she finds Aswad being close to Mehreen holding her hand. Mashal loses her cool and for the very first time, it is so satisfying for the audiences to see Aswad snubbing Mashal for overreacting. He rejects to be her puppet and he clearly says that Mehreen will come to his place as it is her home too. Mashal’s blood is boiling to see Aswad taking a stand for Mehreen with her.

Mehreen and Aswad’s scene is going well when suddenly Aswad’s mother spots a cigarette spot in her dress. Poor Mehreen has no answer to this, she is simply clueless. Later she finds out that it must be Mashal’s plotting. Well, Aswad has once again dwelled in doubt, despite her mother’s clarifications he is insisting that Mehreen smokes and she is in bad company, later when he mentions that Mashal tells him that Aswad’s mother gets the whole picture but sadly Aswad is not seeing what her mother sees.

Aswad is too naive to be a hero why not for once he has realized that why Mashal all the time talks ill about Mehreen? when Mehreen has never said anything against anyone ever. The scene which Mashal created at his house on seeing Mehreen speaks volumes about her insecure mentality and jealousy but still, it has not yet opened Aswad’s eyes. It is so heartbreaking for the audience when Aswad says that he thinks of Mehreen like her cousin and Mashal also but then he gives her hopes by adding that he is thinking about her. Our heart goes out for poor Mehreen.

tweet
Share on FacebookShare on TwitterShare on PinterestShare on Reddit
Rameeza NasimAugust 30, 2021
the authorRameeza Nasim
Rameeza Nasim, a Paralian, passionate about poetry, drama and fiction. By giving drama critiques I feel like I am endorsing the writer's message to the audiences, I love my job. Being a critic responsibility lies on my shoulders to point out the flaws and shortcomings of the play be it on writer's , performers or director's end . I did my Masters in English Literature and Linguistics .
All posts byRameeza Nasim