Ishq E Laa Episode-10 Review: Shanaya is not going to compromise on her principles

Azlaan is really disturbed after Shanaya has left the house! 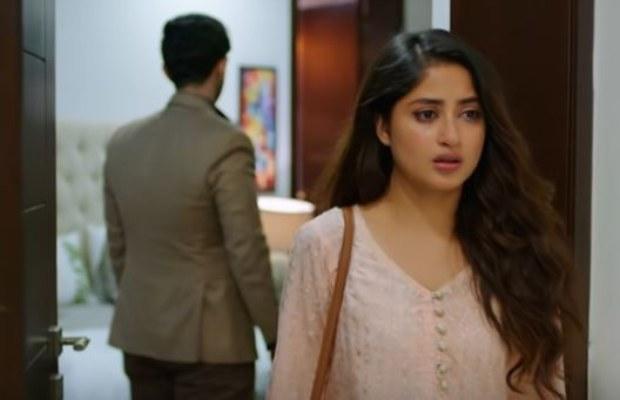 Ishq E Laa the HUM TV drama serial is one of the best in the running having a great cast. With 10 episodes down, the story has taken a drastic turn. In the previous episode Shanaya is fighting the case of Sultan’s murderer. In this episode we have seen that Shanaya is leaving her house but she do not compromise on her principles.

The politician Haroon whose son has killed Sultan in road accident goes at Azlaan and his father’s office and there he inquires about Shanaya as well. He clearly tells them that Shanaya needs to take back her case. Azlaan and his father immediately agrees on that assuring him that they will convince Shanaya to withdraw the case.

Well Azlaan is the one who clearly knows that Shanaya is not going to agree anyway. Azlaan’s father plays his father in law card and orders her to withdraw the case as he is the head of the house and being a member of the house she should follow what he says. Shanaya is resolute that she will not compromise on her principles. She leaves Azlaan’s house and Azlaan for good but she has not agreed on what she believes is wrong.

Shanaya leaves Azlaan’s place and her mother surprisingly supports her. She is pursuing the case. Haroon visits Azka’s house and there he tries to settle the matter by offering them Khoon Baha amount and for that he offers them a blank cheaque and monetary support for lifetime. Kanwal rejects his offer and she tears the cheaque, Abid is with them all the time and he is trying to tell Kanwal to agree on accepting the amount. Well taking in mind Kanwal and Azka’s situation who will take care of their finances they need money, Sultan has gone what will they do with the justice?

Azka gets a call from the university, and she has been selected for medical studies and she is being supported by none other than Shanaya. Azlaan is really disturbed after Shanaya has left the house, something deep inside him knows that no matter what happens Shanaya is not going to surrender nor she will ever compromise on her principles, but then once again he tries his luck he goes to Shanaya’s place, takes her to their favorite spot tries to become romantic he once again asks her to return but Shanaya tells him to leave. She says she will not come back till her mission is not accomplished and then she hopes that Azlaan will remain his doors open for her. Azlaan confirms that his doors are always open for her. From Love and duty Shanaya has chosen to fulfill her duty first!