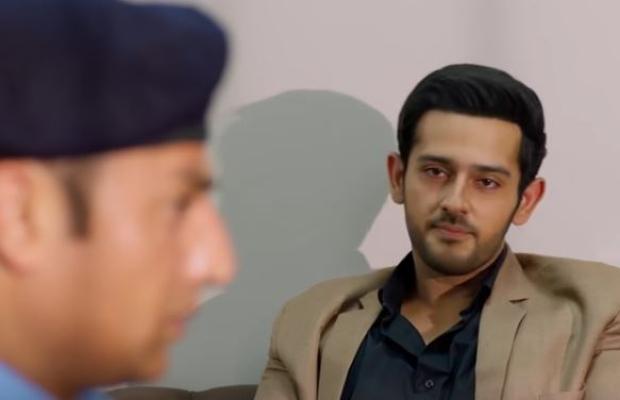 Ishq e Laa the HUM TV drama serial finally picks up some pace after a bit of dragging. The previous episodes seemed to be dragged with prolonged mourning and intense hallucinations of Shanaya that Azlaan was having. In this episode,, we are glad to see Azlaan coming out of that grieving mode and he is all set to seek justice for Shanaya. In the previous episode, we have seen that Azka under financial pressure takes the decision of marrying Abid but in this episode, Azka’s bhabi once again refuses his proposal.

Azlaan’s mother requests him to see a psychiatrist, he goes on his mother’s request but there too he is talking about Shanaya and getting her hallucinations. Doctor patient session is shown to be too casual she asks him more about Shanaya what she looks like and what he liked in her the most and she has not shown prescribing anything.

Azlaan is happy in his world of hallucinations and he is not ready to come out of it but then his mother snubs him for being a loser. She invokes his son to take Shanaya’s revenge instead of sitting and grieving her death. She tries to make him feel guilty by telling him that his father is fighting alone for seeking justice for Shanaya. This helps Azlaan more than the doctor’s session.

Azka is dreaming about her wearing a doctor coat, her dream of becoming a doctor seems a far-fetched possibility. She is too annoying why she has to hastily agree on marrying in fact it is she who herself tells Abid to bring his mother. Well we really feel for Abid this time it is Azka who has invoked him and then kunwal Bhabi has insulted him and refused him and his mother once again. This time Abid’s reaction is justified and it seems that he is going to take his revenge.

Azlaan cleans his shave and comes out of his room as a normal person surprising his parents. He tells his father that he is sorry that he is fighting alone now he is there to fight for justice for Shanaya. Azlaan’s father alone goes to Arbab Haroon’s house and asks him to turn himself in. But what a lame thing to do why don’t he file an FIR against him instead of asking this. Arbab Haroon says some really mean things to Azlaan’s father and he has taken those mean things to his heart. It seems that Azlaan is also going to lose his father as well.

tweet
Share on FacebookShare on TwitterShare on PinterestShare on Reddit
Rameeza NasimFebruary 4, 2022
the authorRameeza Nasim
Rameeza Nasim, a Paralian, passionate about poetry, drama and fiction. By giving drama critiques I feel like I am endorsing the writer's message to the audiences, I love my job. Being a critic responsibility lies on my shoulders to point out the flaws and shortcomings of the play be it on writer's , performers or director's end . I did my Masters in English Literature and Linguistics .
All posts byRameeza Nasim