Ishq-e-Laa Episode-16 Review: Azka is blessed with an anonymous patron 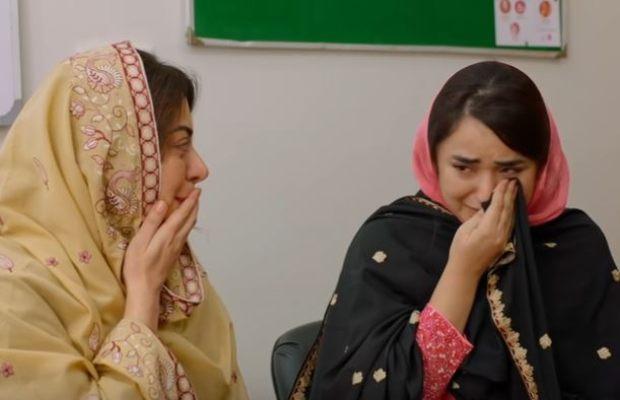 Hum TV drama serial Ishq e laa is getting intense as the story progressed. Performances are on point so is the execution. In the previous episode, we have seen that Azlaan’s father takes Arbab Haroon’s insult to his heart and dies. In this episode, Azlaan is on a mission to take his father’s revenge as well along with Shanaya’s from Arbab Haroon.

Azlaan also lost his father, his world has turned upside down. Arbab Haroon is a cold-blooded man, he has the guts to attend Ghayasuddin’s funeral and to face Azlaan. Azlaan has insulted Arbab Haroon and he tells him to buzz off. Azlaan has also warned him not to dare to step into his house again. Azlaan gathers his broken self and joins his office.

We have seen Dr. Rehman’s inspirational talks in this episode which have comforted Azka’s heart giving her hope. Kanwal sells her jewellery for Azka so that she could pay her one year’s admission fees. However, Azka finds that her documents papers are missing as she has given her complete documents file to Shanaya. When Azka and her bhabi go to collect those documents from Shanaya’s house they get snubbed by Shanaya’s mother and she refuses to help her out in finding Azka’s documents. Her behavior is justified.

Well we are wondering who is Azka’s patron? Yes surprisingly she is blessed with an anonymous patron who has paid her five years’ college fees but he or she has requested to keep his name strictly confidential. Azka is overwhelmed by this huge blessing, she desperately wants to know her patron but she is told that it is strictly confidential. Now Azka will fulfill her lifelong dream of becoming a doctor. Well, one wonders who has actually paid Azka’s fees? Shanaya’s mother has refused to give her a little favor then who is Azka’s patron? Azlaan!?

tweet
Share on FacebookShare on TwitterShare on PinterestShare on Reddit
Rameeza NasimFebruary 11, 2022
the authorRameeza Nasim
Rameeza Nasim, a Paralian, passionate about poetry, drama and fiction. By giving drama critiques I feel like I am endorsing the writer's message to the audiences, I love my job. Being a critic responsibility lies on my shoulders to point out the flaws and shortcomings of the play be it on writer's , performers or director's end . I did my Masters in English Literature and Linguistics .
All posts byRameeza Nasim