At the medical college, Zain is taking great interest in Azka 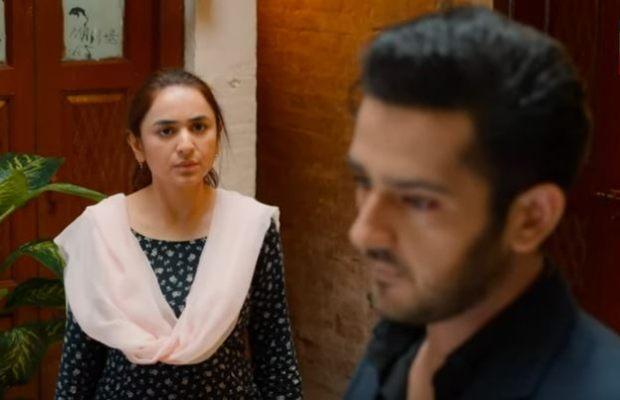 Ishq e Laa the drama serial airing on HUM TV has something missing in it. It must be poor writing that fails to create an impact despite good performances. In the previous episode, we have seen that Azka starts her new life chapter in a medical college and we have seen her being friends with Zain Ahmed. Zain is taking great interest in her. Azlaan out of nowhere goes to Azka’s place for Sultan’s condolence but ends up insulting the family.

Azlaan is super angry about the release of Sher Khan, he also has a connection in Police who claims to be his friend. Azlaan’s friend does a favor to him by sending him the footage of the incident in which Azlaan clearly sees that Sultan’s daughter has been kidnapped and there he gets the whole picture of what would have possibly been happened there. Azlaan is resolute that he will not spare Arbab Haroon.

Arbab Haroon’s scene with his son where he is telling him how he raised him as a single parent after his mother’s death fails to create any impact after the heinous crimes he has committed. I don’t understand why this scene is shown and why his human side is shown to us which counts to nothing.

Azka is enjoying her time at her medical college, Zain is taking great interest in her. Abid is still after her. Azka secured the top position in the class and it looks so unreal that the class is so pure of jealousy, competition, and politics that everyone is celebrating her success. In reality, toppers can’t be friends. We get to see Zain’s family matters too and according to the class and status, Zain seems a perfect match for Azka. However, Azka is more focused on her studies.

Azlaan out of nowhere goes to Azka’s house for Sultan’s condolence but ends up insulting the family, blaming them for betraying Shanaya and also blaming them for being the cause of her death. Kanwal has given her befitting replies. Well if Azlaan thinks so bad about the family then how come he would have helped Azka in her studies? After this episode, we are wondering who might be the benefactor of Azka if it’s not Azlaan? Azlaan has badly insulted Azka’s family calling them hypocrites for not fighting for Sultan’s murderers. Kanwal asks him the same question what he has done with Shanaya’s murderers? Why he has not yet done anything despite being so rich and powerful?

tweet
Share on FacebookShare on TwitterShare on PinterestShare on Reddit
Rameeza NasimFebruary 25, 2022
the authorRameeza Nasim
Rameeza Nasim, a Paralian, passionate about poetry, drama and fiction. By giving drama critiques I feel like I am endorsing the writer's message to the audiences, I love my job. Being a critic responsibility lies on my shoulders to point out the flaws and shortcomings of the play be it on writer's , performers or director's end . I did my Masters in English Literature and Linguistics .
All posts byRameeza Nasim