Whenever Azka faces Azlaan trouble is always there 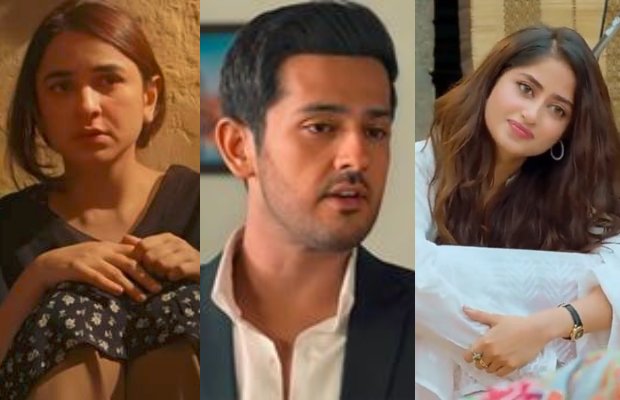 Ishq e Laa HUM TV’s newly started drama serial aired its second episode, the story is not much fast-paced but it’s good. We have been fully introduced to its main three characters Azka(Yumna Zaidi) the dreamer, innocent yet trouble creator, don’t mess with me is what she believes in. Shanaya (Sajal Aly) is daring and brave she does not shy away from getting into dangerous situations. Azlaan (Azaan Sami) is shown to be an arrogant, materialistic, and self-centered person.

The episode begins when Azka is facing Azlaan and he catches a hair strand in the curry she cooked. He is snubbing her for being too careless and Azka taking this as her insult. Azlaan’s mother is trying to calm him down but he is shown to be an extremely arrogant guy he leaves the food on the table and goes out for a dine out.

Azlaan goes to pick Shanaya and they go to a cafe well all their way to the Cafe it is established that Azlaan is quite capricious and arrogant. He has no sense of empathy, he is still cross at Azka. He is self-centered and a bit self pompous too he gives all the credit of his success to himself which says that he may not believe much in religion. Shanaya seems dominant in front of him. He does not even like Shanaya talking about social issues.

It seems that Azlaan is carefree despite having a good long-term friendship with Shanaya he has never considered marrying her, he does not even want to marry because he loves freedom whereas it seems that Shanaya has emotionally attached to him. She gets sad when she hears Azlaan saying that his parents want him to marry but he has no such plans. However, Azlaan has not yet told her that her parents were insisting on him to marry her.

Azka creates a lot of hues and cries over Azlaan’s snubbing. She is resolute that she is not going to work there anymore. She is a dreamer and a free spirit, her views are very idealistic. She is being loved and pampered by her mother and brother. Her brother says nothing when she let his favorite pair of pigeons fly. Well, Azka and her mother have to go to Azlaan’s house again in place of her brother and she is now assigned to clean up Azlaan’s room. Well, Azka can easily do that but she is a troublemaker she is taking interest in Azlaan’s stuff his watch, and his perfume and in all this, she ends up breaking his perfume bottle. Once again Azka is facing Azlaan with another issue will Azlaan going to spare her this time?

tweet
Share on FacebookShare on TwitterShare on PinterestShare on Reddit
Rameeza NasimOctober 29, 2021
the authorRameeza Nasim
Rameeza Nasim, a Paralian, passionate about poetry, drama and fiction. By giving drama critiques I feel like I am endorsing the writer's message to the audiences, I love my job. Being a critic responsibility lies on my shoulders to point out the flaws and shortcomings of the play be it on writer's , performers or director's end . I did my Masters in English Literature and Linguistics .
All posts byRameeza Nasim