Azlaan's arrogance is getting out of control 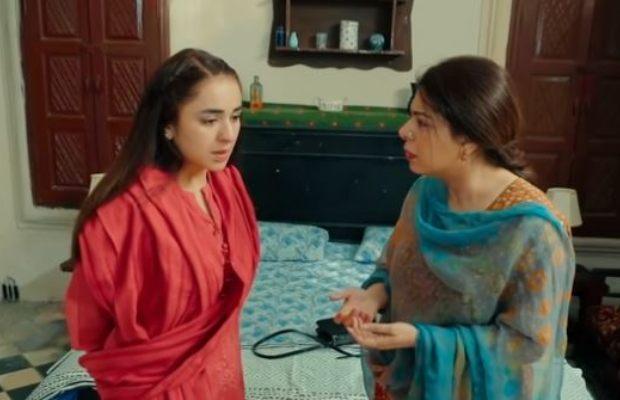 Ishq e Laa the drama serial airing at Hum TV’s 22 episodes in particular is good although the story and characters fail to create an impact, however, the latest episode has nuances. Performances are good. Azlaan’s arrogance and pride have shocked Azka and it seems that Azlaan’s pride is calling another disaster. In the previous episode, we saw Azka shocked when she gets to know that Azlaan is her benefactor.

Azka leaves Azlaan’s office in a panic, she leaves the bundle of letters she has written for her patron. Never in her wildest dreams, she has ever imagined that Azlaan is her benefactor, and the way Azlaan has insulted her she wishes that she would have never become a doctor. Anyways she thinks that she is still indebted to Azlaan.

Azka’s bhabhi tells her that she owes a visit to Shanaya’s grave. Azka goes there to offer Fatiha and her gratitude to Shanaya, when Azlaan comes over her grave too, and there he gets furious to see Azka the way Azlaan insults her sounds like as if he thinks of himself as a god. Azlaan’s extreme pride and arrogance is indicating that he might get into another disaster.

Pride hath a fall, so it seems that Azlaan is going to get into big trouble because of his arrogance. He is not treating humans like humans, he so conveniently crushes people’s self-respect that it seems that he will get punished for his ruthlessness. Azlaan’s mother wants him to remarry, she has even selected a girl but Azlaan thinks that remarrying is like betraying Shanaya which he will never do. One feels so sorry for poor Azlaan’s mother. Azka has become confident now she clearly refuses Abid telling him that she will never marry him.

Abid’s persistence is not making any sense but he is definitely not a totally bad guy. Zain out of nowhere shows up at Azka’s place alone asking for her hand from her mother. Azka’s mother finds it really inappropriate that Zain has come all alone without his parent’s consent and this is against her family values too. Azka’s mother makes a comparison of Abid and Zain and tells Azka that Abid has shown more respect to her comparatively Zain. Azka’s mother does not approve of Zain and it seems that Azka has agreed on her mother’s decision. Zain is persistent to marry Azka and he asks her to meet him once. Should Azka meet Zain? Is Zain worthy to trust?

tweet
Share on FacebookShare on TwitterShare on PinterestShare on Reddit
Rameeza NasimMarch 26, 2022
the authorRameeza Nasim
Rameeza Nasim, a Paralian, passionate about poetry, drama and fiction. By giving drama critiques I feel like I am endorsing the writer's message to the audiences, I love my job. Being a critic responsibility lies on my shoulders to point out the flaws and shortcomings of the play be it on writer's , performers or director's end . I did my Masters in English Literature and Linguistics .
All posts byRameeza Nasim