Azka wants to denote her kidney to Azlaan's mother 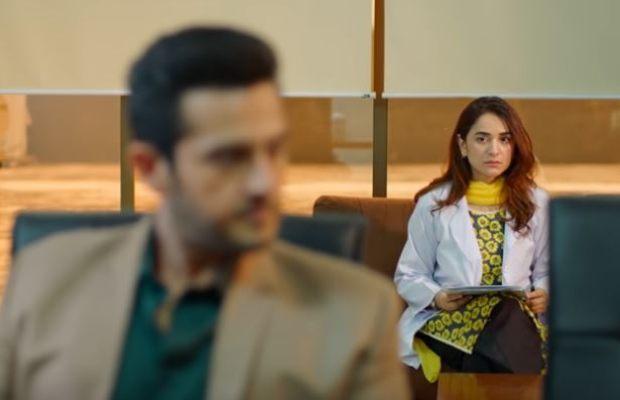 Ishq e Laa the Hum TV drama serial is 25 episodes down and it seems like the play is moving fast towards its climax. Performances are great and a special shout out to Ghazala Kafi for her incredible portrayal of a kidney patient in severe pain. In the previous episode we have seen Azka’s path once again crossed with Azlaan. In this episode Azlaan needs to marry Azka!

In the previous episode we have seen that Azka and her mother marry off Kanwal to a decent man well luckily Kanwal gets a right person. It is shown that she is genuinely happy with that man and he open heartily accepts Aliha into his life as his third daughter. It is a sigh of relief that eventually Kanwal is happy with her life.

Zain’s parents tells him that they are ready to accept Azka as their daughter in law. Zain cannot wait to impart this news to Azka but she has blocked his number. One wonders why he cannot go to her house? Azka on the other hand has closed the chapter of Zain and she thinks that he must be happily married and busy in his life well there seems a time lapse issue.

Azlaan’s mother’s condition is getting critical and Azlaan’s kidney does not match with his mother’s. She is in a dire need of a kidney transplant. Azlaan is so arrogant at this point as well that he thinks he can buy anything with money. He even thinks to consider for illegal transplantation but he refrains to take such step because he does not like the unhygenic places where such kinds of surgeries happen. Azka at this point realizes that it is the high time to pay back all the favors Azlaan, Shanaya and his family has done to her.

Azka shares her wish to denote her kidney on which she gets badly insulted by Azlaan, he asks that how much price she will take for that kidney transplant she says she wants to give it on humanitarian basis. Azlaan gets convinced of that as he has no other choice but the doctor refuses this idea by saying that it is legal to denote a kidney to non family member. Azka insists on which doctor tells her that there is one way if they both marry then she will become the daughter in law thus she will be legible to denote kidney. Initially both shuns this idea later we see that Azlaan is forcing Azka to accept their marriage just as a contract on which she refuses clearly. However the episode ends up with a scene where Azlaan’s mother is asking for Azka’s hand and it seems that Azka is not going to refuse.

tweet
Share on FacebookShare on TwitterShare on PinterestShare on Reddit
Rameeza NasimApril 15, 2022
the authorRameeza Nasim
Rameeza Nasim, a Paralian, passionate about poetry, drama and fiction. By giving drama critiques I feel like I am endorsing the writer's message to the audiences, I love my job. Being a critic responsibility lies on my shoulders to point out the flaws and shortcomings of the play be it on writer's , performers or director's end . I did my Masters in English Literature and Linguistics .
All posts byRameeza Nasim